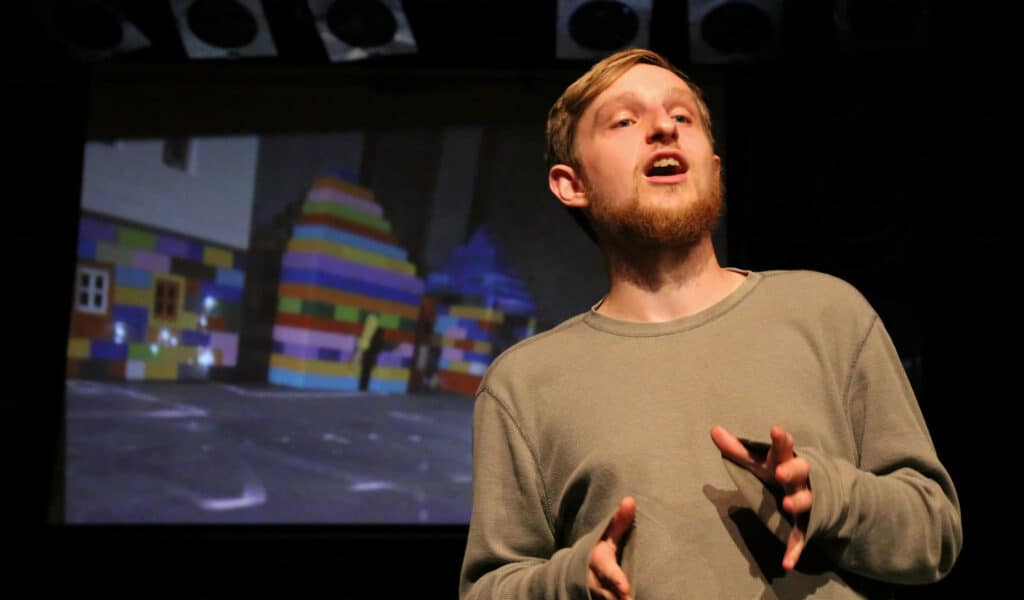 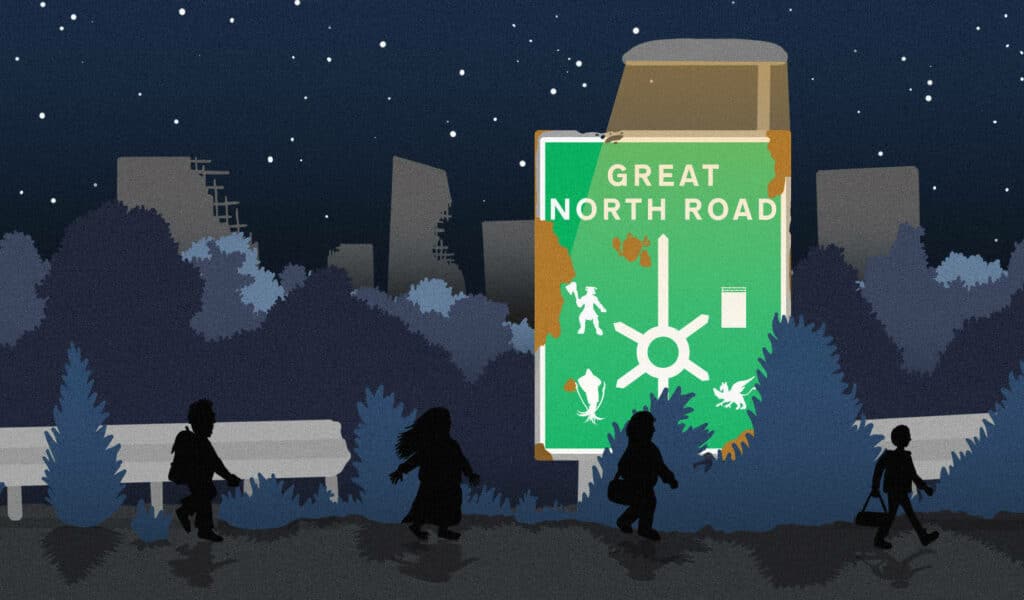 Jack Dean, whose work focuses on myth, memory and history, has toured internationally, including performances at Latitude Festival, the South Bank Centre and the Bowery Poetry Club in New York. He is the creator of the Fake Town Fables and Infinite Hex podcasts; he releases hip hop music under the name Rap Bear Three, for which he was BBC Introducing’s Fave Find in 2019.

“The Northcott gave me my first ever opportunity to perform on a professional stage, way back when I was a chorus member in Polly Agg Manning’s The Bacchae for the Young Company,” he added.“I wouldn’t be making performance today if it weren’t for that experience. It’s a real honour to have the chance to work with them to see where the next chapter in my artistic output will be.”

Supported by Northcott Futures, Jack Dean has developed Great North Road, a narrative game about who we want to be after the apocalypse.

“Great North Road was partly inspired by a lifelong fascination with the cultural paraphernalia of English motorways, which in their utter blandness and uniformity still reveal a lot about the nation’s identity. It also stems from research around Non-Violent Communication and Game Theory, and how collective decision-making is complicated by our individual differences, particularly when you add a layer of digital removal as the present moment has often demanded. It’s a literary experiment that asks ‘how do you learn to trust someone utterly different from you’?”

Exeter Northcott Futures is made possible thanks to the kind support of John Nettles, The Mackintosh Foundation, Idlewild Trust and The Noël Coward Foundation.

Support Our Work with Artists