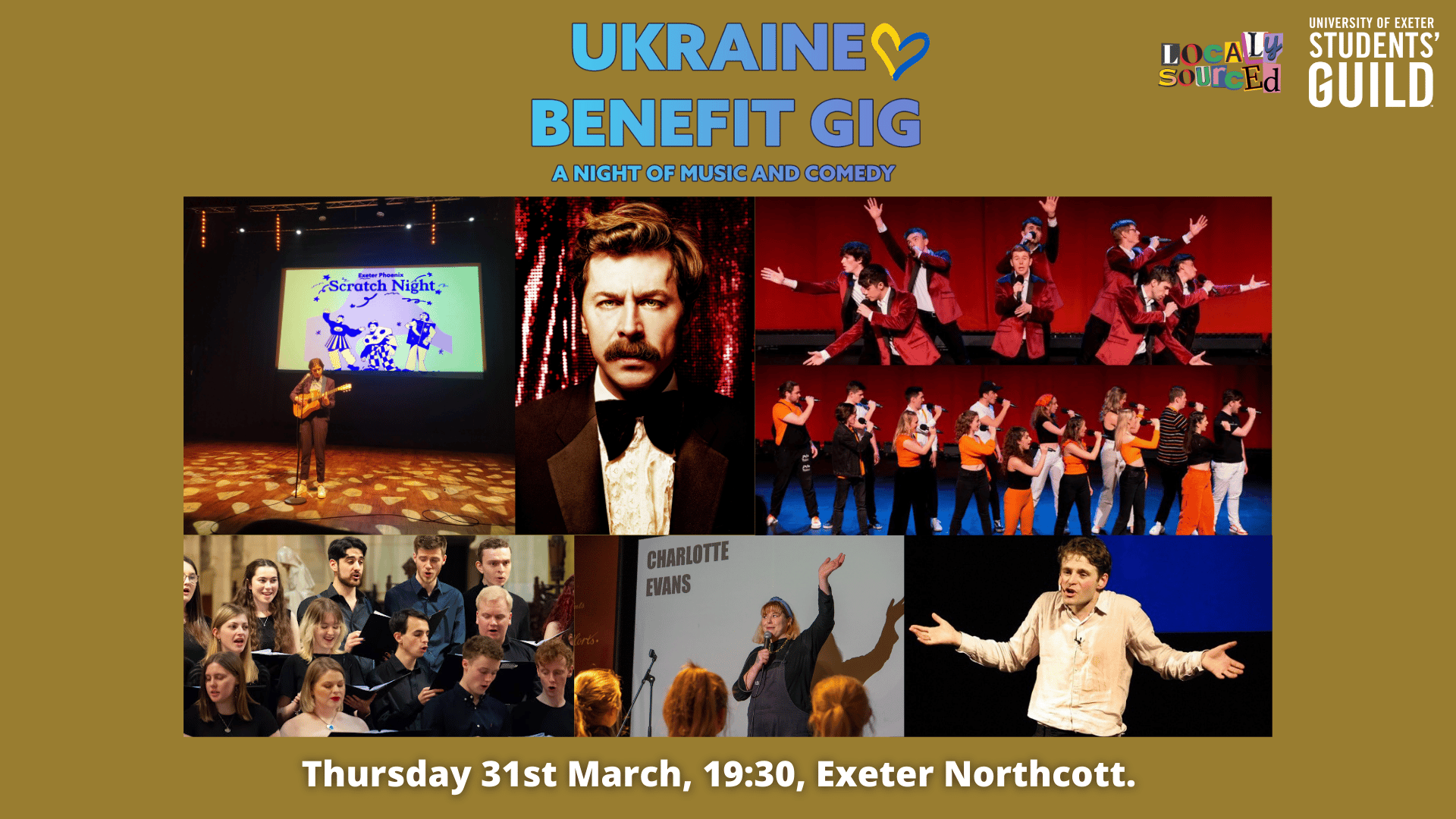 A Night of Music and Comedy

Join the University of Exeter’s Student Guild for a night of music and comedy to raise money for Ukraine. All profits will be donated to the DEC Ukraine Humanitarian Appeal, British Red Cross and Voices of Children.

Northcott Theatre
Concert, Stand-Up, Variety
Please note that ticket sales for this event are handled by FIXR. Clicking the "book tickets" link will take you to an external website.