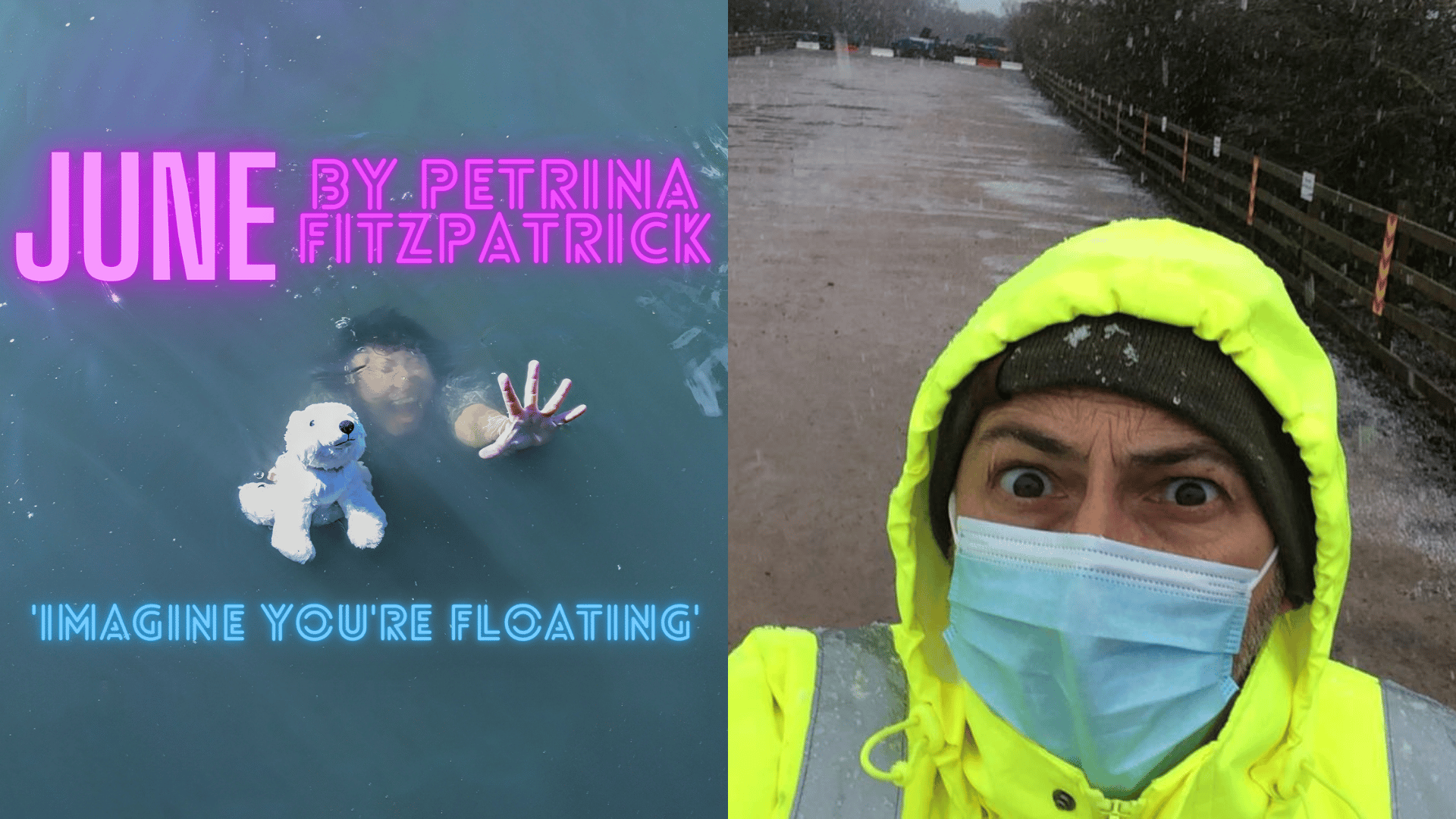 Join Futures Artists for a double bill of new scripts-in-progress, both inspired by current affairs, written and presented by Petrina Fitzpatrick (June) and Charlie Coldfield (The Test Centre).

Out of work, out of luck and living with her mum, the pandemic hasn’t been great on Becs finances. She’s on the (google) hunt for a great job that she can get her teeth into. And when Becs is offered a job at the local test centre for Traffic Supervisors, she’s feeling pretty optimistic. Outside for the great British summer.

However, she has no idea about the colleagues that are waiting for her as she don’s her hi-vis jacket…

Set in Summer 2021 as the pandemic lifts, current, topical, and completely live, The Test Centre is an original comedy drama. Written from the all too-real experience of established Devon theatre maker/actor/director Charlie Coldfield.

With original songs, written and performed live especially for this performance.

Have you ever felt so overwhelmed that it feels like water is seeping in through the cracks in your ceiling, and all you want to do, is to float? But it’s as though, some part of yourself, wants to sink. You just want your mum… That sounds stupid. But it’s true, just not always that easy. This is June’s story. Heart-warming, funny and thought provoking.

June is a surreal satire about a spirited young, working-class, single mother from Torquay who is in the 6-week waiting period before she receives her universal credit. June is compelled to take on a job she doesn’t want, with a boss she doesn’t like, so that she can do her best for her son. But with her inner critic following her the whole way, things get complicated. Hope is a caring friend to June, but how can she see this when she can barely stay afloat? This story celebrates the strength of single mothers, the importance of friendship, the isolation of unhealthy relationships, and explores how the harshest consequences of public funding cuts ultimately fall on children. June is a collaborative piece of new writing, which involves the voices and experiences of single-mums from Devon.

Head to the live stream

Already got your tickets? Click the button below to head to the online streaming page for this event.

go to the streaming page