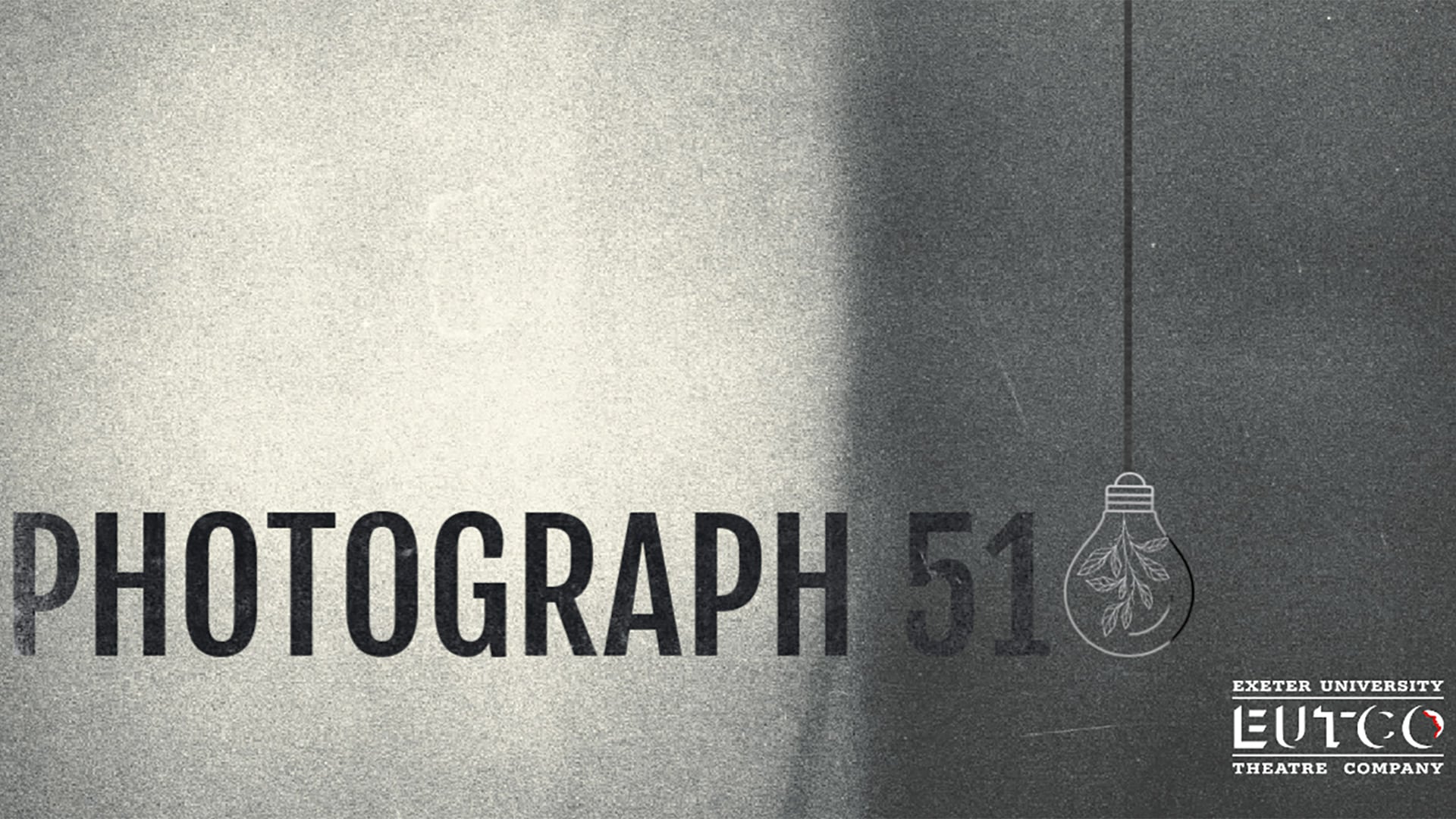 London. 1953. Scientists are on the verge of discovering the secret of life – the double-helix. With rival scientists everywhere joining the race, who will be the first to find the answer? Providing the key is driven young physicist Rosalind Franklin…

Exeter University Theatre Company return to the Northcott to present Photograph 51, a trailblazing story about sexism, radiation poisoning and historical erasia. It looks at what is sacrificed in the pursuit of science, love and a place in history.

Anna Ziegler’s award-winning play explores the story of Dr Rosalind Franklin, the brilliant British chemist and X-ray crystallographer, whose pioneering work in making the invisible visible was fundamental to the discovery of the structure of DNA.

“Wasn’t it the girl, after all, who actually found the key to life” – Anne Patchett, Run