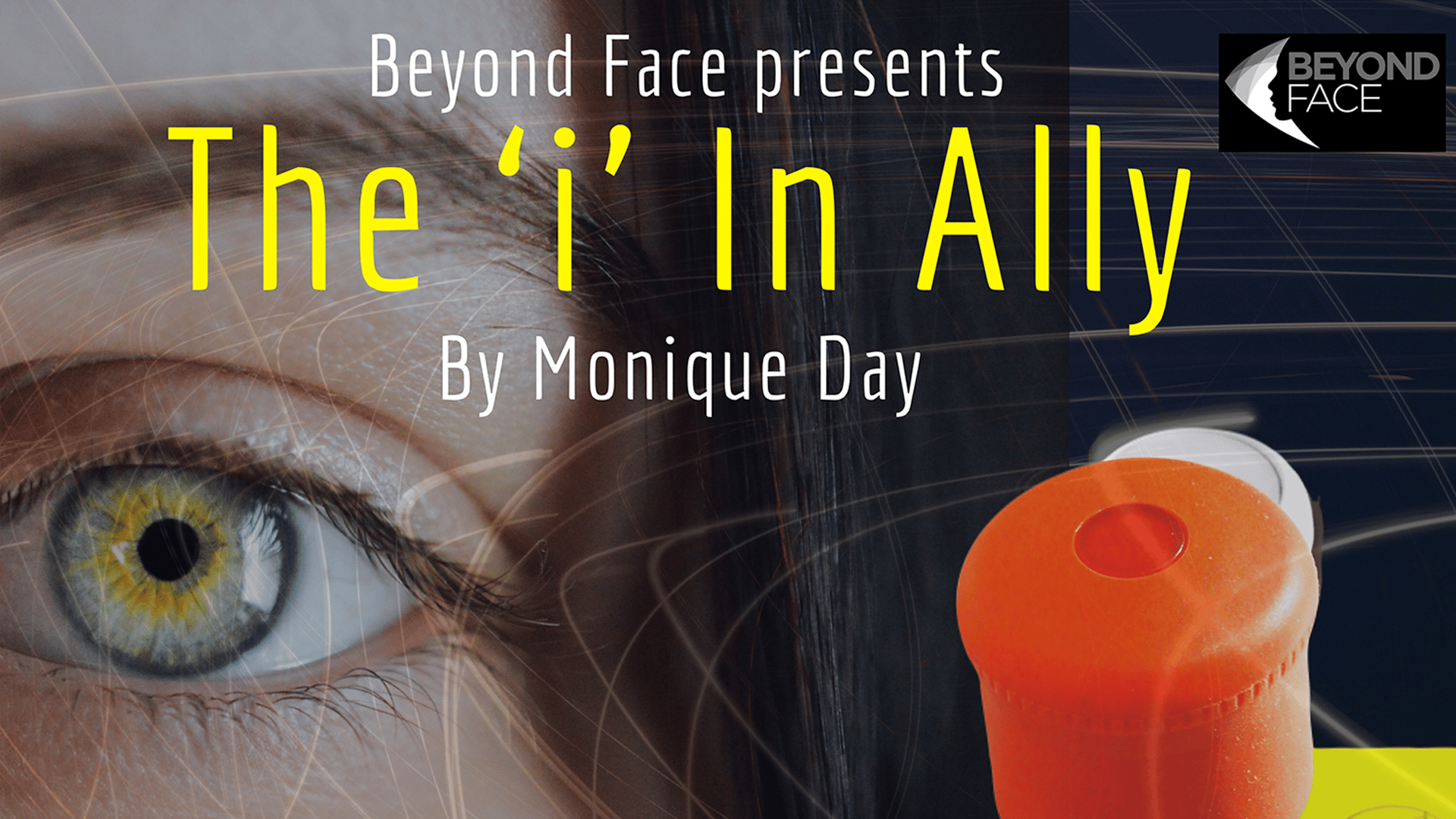 Beyond Face present a rehearsed reading of

a new play by Monique Day

It’s the future, but how much has changed? Black squares are still being posted, and people say they are on a journey, but what does that really mean?
Every week there is something new for Jessica and Naomi to respond to, at University or in the news. Caitlyn has only just begun to see it. She claims ‘on a journey’ but is she ready to make the commitment?

The “i” in Ally, written by Exeter Alumni Monique Day, produced & directed by Beyond Face, has been a response to conversations with staff and students at Exeter University and aims to be a piece of work that is a catalyst for conversation and debate rather than providing answers.

Beyond Face CIC is a performance company based in Devon whose mission is to raise the profile and visibility of people from the African and Caribbean diasporas, people who are South Asian, East Asian, Southeast Asian, North African, Middle Eastern or ethnically diverse. The Company engages with professionals, young people and communities in a variety of outlets. We create high quality professional performances which we tour across the UK, as well as deliver workshops, training and support for developing artists, young people, businesses and educational institutions. The company was founded in 2015 by Theatre Practitioner Alix Harris who, after working in Plymouth and running a series of consultation workshops, recognised the need for a company such as Beyond Face to exist in Devon & the wider South West.