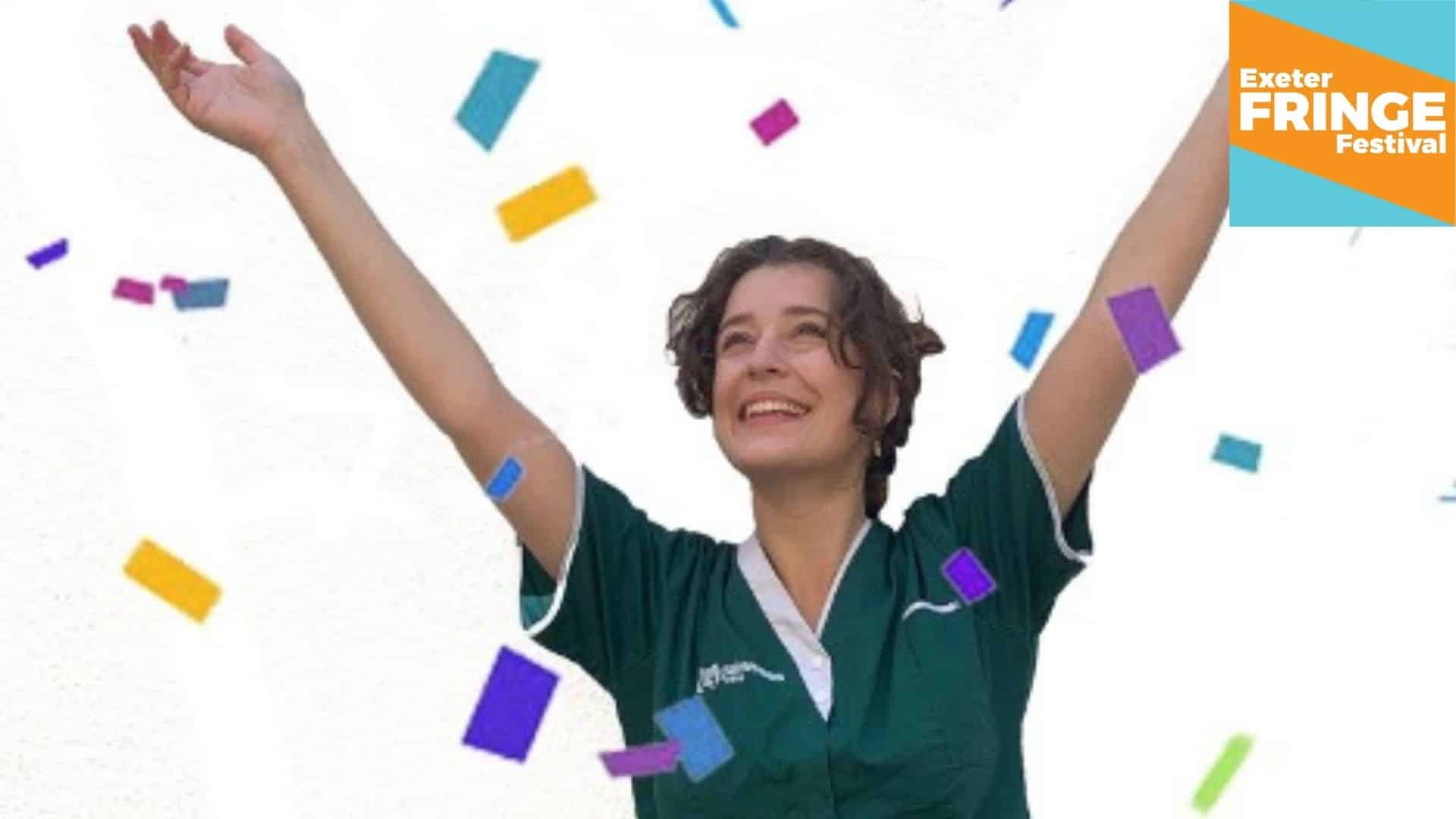 March 2020 happens and Izzy is back on the job hunt. After navigating the dramas of temporary jobs at Amazon and Dominos, she eventually settles in a job working in domiciliary care. In keeping with her oblivious nature, she’s surprised to find out it’s a bit more than wiping bums and making your Nan a cup of tea in the morning.

From discussing the quality of the male anatomy on Naked Attraction with her favourite client, 89-year-old Joan, to holding someone’s hand through their Dad’s last moments, join Izzy in her chaotic confessional of working in care over the last year.

Told through a mix of stand-up, visual storytelling, and lairy voice notes sent to her housemates during breaks, this explosion of energy is for anybody who has lost a job, found a job, or cares about the vulnerable people in their life.

Isabel Flynn, Alice Brown-Tunell and Amy Fawcett are Devon-based theatre makers who met as part of Theatre Royal Plymouth’s 2019-2021 Lab Company. They are united by a focus on creating joyful, heart warming performance which amplifies female voices and places accessibility at its core.

Isabel Flynn is the writer, performer, co-director and co- producer for Who Cares Now?. She is a theatremaker, writer and Exeter University Drama Graduate. Isabel previously co-directed Unknown for Rise Strong Theatre at the 2019 Edinburgh Fringe, which received a four star review.

Amy Fawcett is the dramaturg and co-director of Who Cares Now?. Amy is a Theatre and Performance graduate from Plymouth Conservatoire, as well as a freelance dramaturg offering support for work in progress pieces as well as Down Stage Write.

Alice Brown-Tunnell is the producer, stage manager and co-director of Who Cares Now?. Alice is a freelance stage-manager and has recently produced three pieces for the Exeter Northcott Futures programme and four Lab company shows.