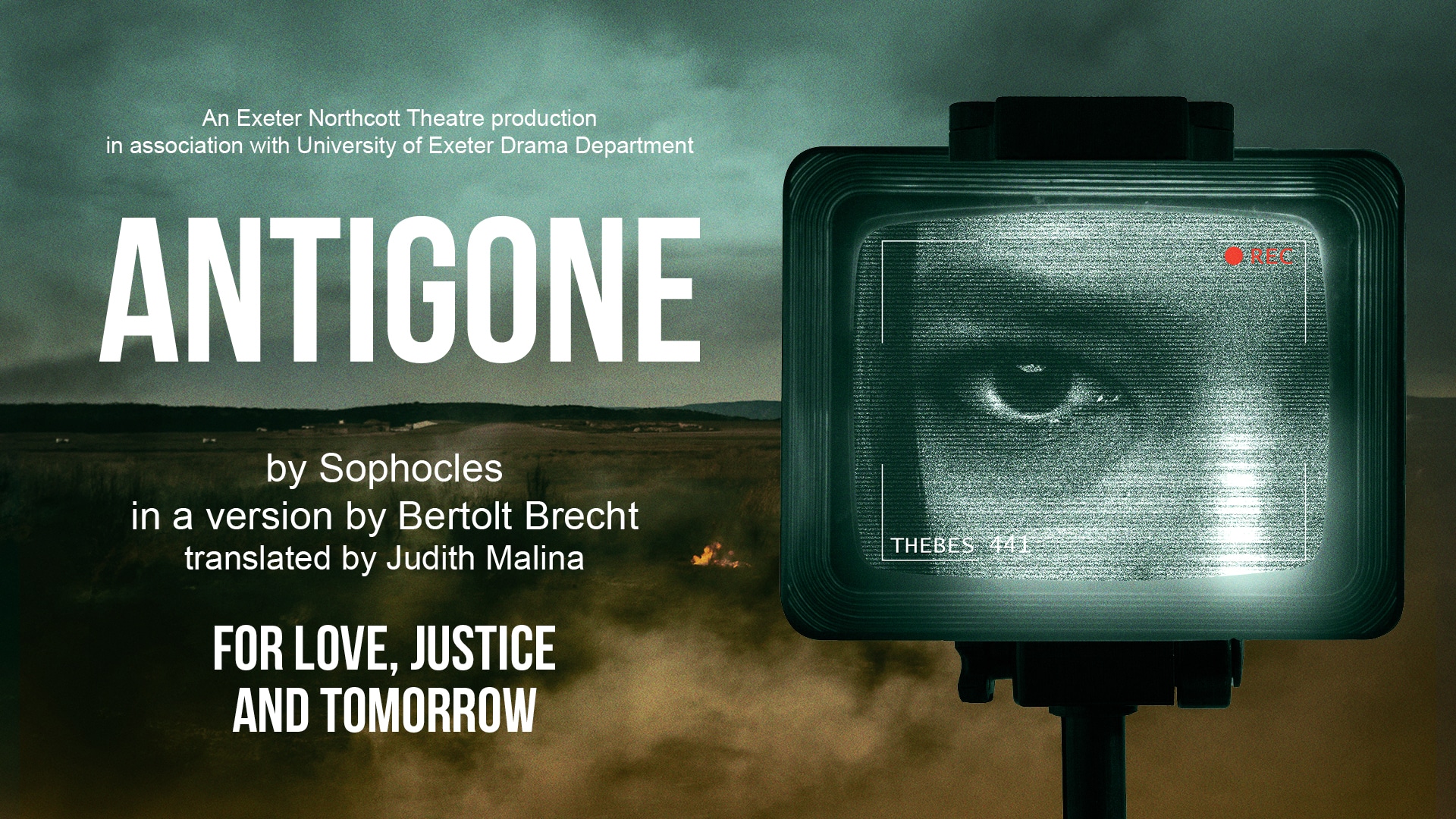 An Exeter Northcott Theatre production, in association with University of Exeter Drama Department

A rarely-performed version of Antigone by Bertolt Brecht, this production is being made exclusively for digital streaming. Staged in the theatre with a full professional cast alongside a chorus of students from The University of Exeter Drama Department.

“Men in power always threaten the fall of the state”

When Thebes’ new ruler, Kreon, decides to stamp his authority on the city by refusing to bury his own nephew for alleged cowardice in battle, he isn’t counting on the determination of Antigone to see her brother laid to rest.

As topical in today’s world of ‘strong man’ leaders as it was when it was first written, Sophocles’ gripping political thriller pits a teenage girl against the power of the state and asks how far we’d be prepared to go to stand up for what we believe is right.

Rachel Nwokoro, winner of The Stage Debut award for Best Performer in a play stars alongside: David Annen, who most recently played Snape in the West End’s Harry Potter and the Cursed Child; Steve Bennet, a Devon-based actor who has performed regularly at the Northcott over many years; Aaron Thakar, a recent graduate from Exeter’s Cygnet Drama school; and Tyrone Huggins, an actor and writer of The Honey Man, which you can see at the Northcott this summer.

This production is a collaboration between Exeter Northcott Theatre’s professional team and an ensemble of students from University of Exeter Drama Department – this amateur production is presented by arrangement with Concord Theatricals Ltd. on behalf of Samuel French Ltd.

This performance will be streamed via the Stream.Theatre platform. Clicking the “book tickets” link will take you to an external website where you will be asked to create an account and where you can book your tickets. Please note that the streaming providers will charge a £3 transaction fee, but rest assured that the full ticket revenue goes to the making of this production and support the Northcott!

Members DiscountBecome a member and save money
Please note that the streaming providers will charge a £3 transaction fee.