The following guide will explore the process of turning a story into a script.

Little Red Riding Hood is a popular European fairy tale, commonly told across the ages by many different writers including the Brothers Grimm and Charles Perrault. The story follows a little girl going to visit her grandmother while being pursued by a scary wolf. Both the central storyline and smaller details of the tale have varied greatly in the many retellings of Little Red Riding Hood.

Fairy tales are commonly passed on from generation to generation by word of mouth as the bedtime stories and fireside tales improvised or half-remembered by our ancestors. These stories get written down periodically, which gives us a snapshot of the many different versions which have existed throughout history. Nobody is quite sure where these stories came from or who told them first. 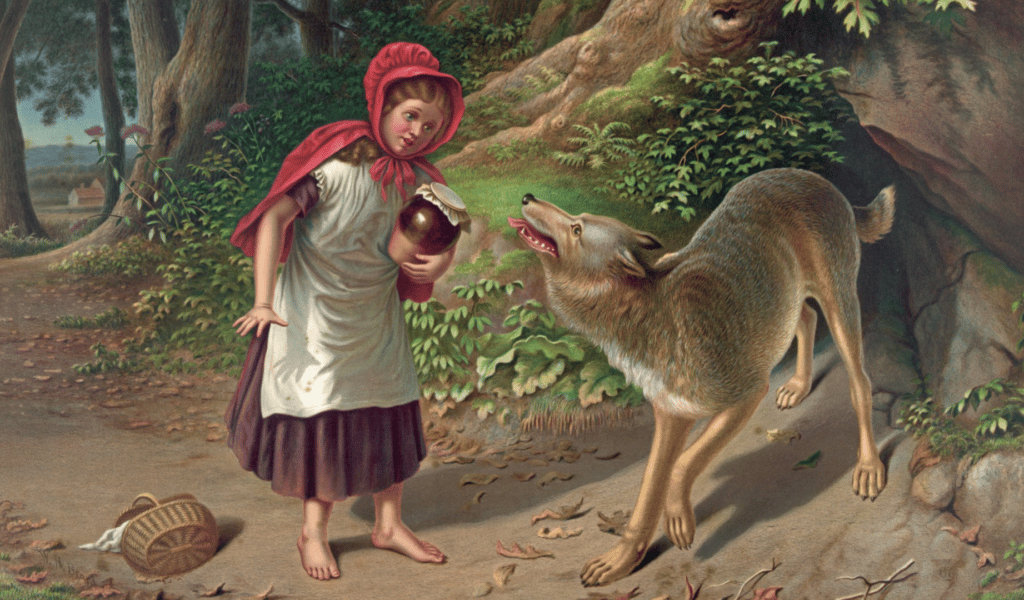 What is an adaptation?

Adaptation is the process of transferring a work of art from one style or medium to another. This might include turning a story into a film, play, radio drama or something else entirely.

The story of Little Red Riding Hood has been adapted into a wide range of mediums including poems, novels, stage plays, comic books, audio books, video games, radio plays, films, television, animation and visual art. Each of these versions offers a different interpretation of the story and builds on the basic plot and characters. 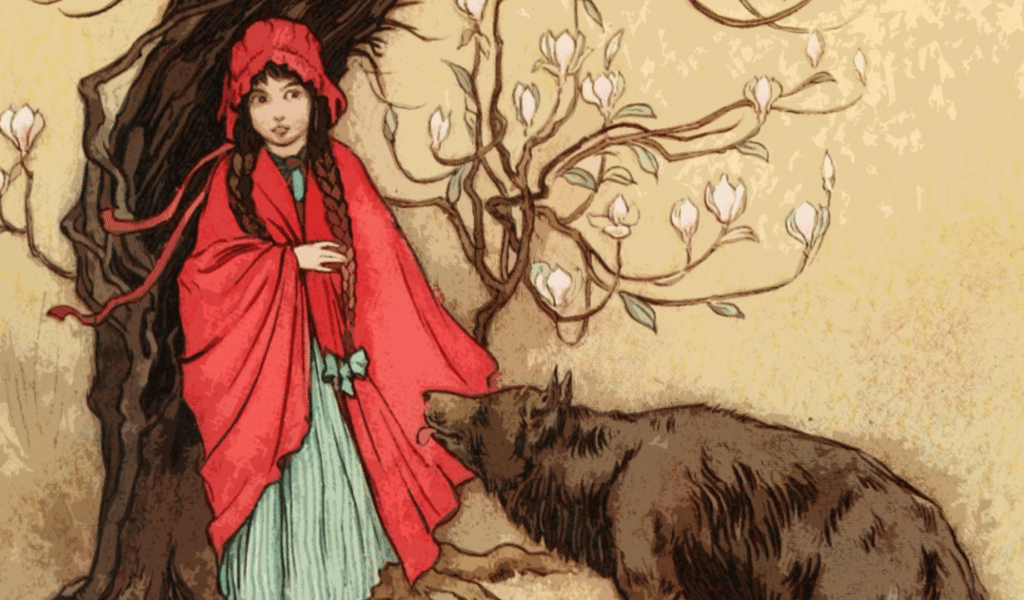 The Brothers Grimm version of the story has a very different ending Charles Perrault’s. How else could the story be different? Can you think of a new ending for the story? What else could happen? Perhaps you could continue one of these stories and write or talk through what happens next.

A common form of adaptation is turning a story into a script. A script is the text for a film, play or audio drama which is meant to be performed.

What does a script include?

The people and creatures of the story. These characters are usually listed at the start of the script. For example:

Scripts are often broken into different scenes. Scenes usually change depending on location or to show the passing of time. For example:

Dialogue is the words which the characters say. Unlike books, the speech in scripts  is written after the character’s name, separated by a colon. This formatting helps the actors to read their lines and know which parts they need to say. Dialogue can be used to convey important information about the characters and advance the action of the story.

LITTLE RED RIDING HOOD: I am going to see my grandmother and carry her a cake and a little pot of butter from my mother.

WOLF: Does she live far off?

The Wolf opens the door, runs over to Grandma and eats her.

Stage directions are written in the present tense and usually indicate important scenery, props, costume, sound effects and lighting. They can also be used to describe the location or atmosphere of a scene.

Write a script for the story of Little Red Riding Hood. This might be based on an existing version of the tale or a brand-new interpretation of the story.