The following guide will help you to create your own audiobook, radio play or podcast using simple techniques.

Radio plays and audio books rely on the audience’s imaginations much more than film, television and theatre. The listener isn’t able to see anything so the creators must use a combination of dialogue and sound effects to suggest what is happening.

Listen carefully to the following audio recording and make a note of all the different sounds you hear.

Before you start recording you’ll need to write a script. Once your script is ready, decide who will record each part and rehearse the lines. Think about your character and the way they might sound. How loud are they? How quickly do they speak? Perhaps they have an accent?

We don’t always notice how noisy the world around us can be and one of the biggest challenges for recording audio is finding a quiet space. Common issues for sound recordists include clocks, fridges, traffic, birds, planes, doors slamming and people talking.

What can you hear in the room where you are right now? Make a list of the different noises you can hear.

Professional recording studios use soundproofing to block out as much outside noise as possible. What could you do to minimise background noise while recording? Perhaps you could put a sign on the door asking people to be quiet?

If you’re recording at home a good way to block out noise is to record from under your duvet. This might look a little silly but it helps to muffle outside noises.

If there’s a loud clock in the room see if you can turn it off or remove the batteries. Don’t forget to put them back at the end and reset the time on the clock though!

You can use a simple voice notes app to record your audio. Phones and tablets don’t usually have the best microphones but there are some simple techniques to improve the quality of your recordings.

Foley is the process of recording sound effects. The technique is named after sound-effect artist Jack Foley. Foley artists use props to create different sounds such as footsteps, creaking doors and much more. 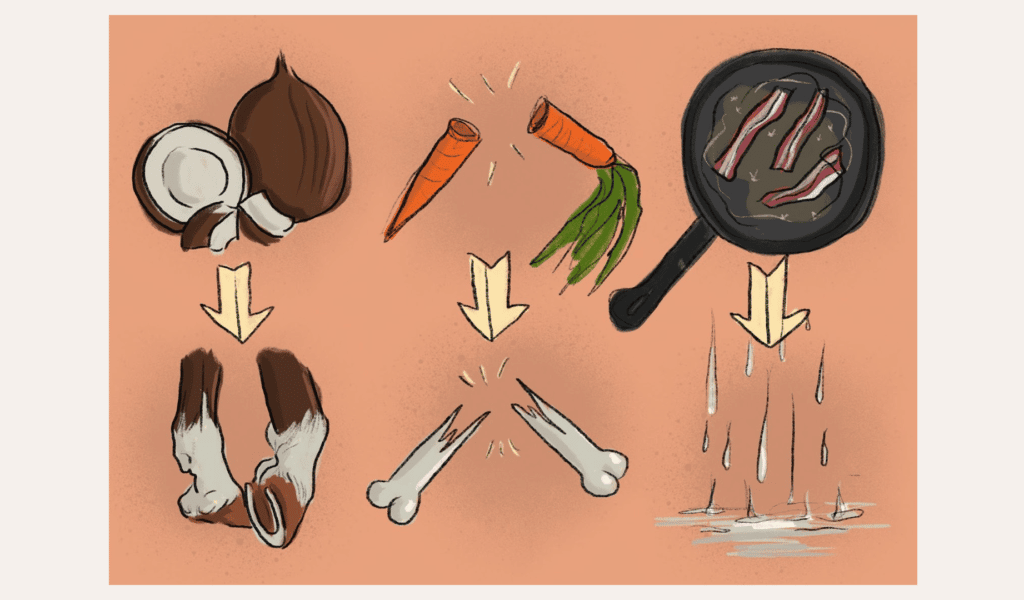