Video is a fun format for storytelling as you get to combine both sound and moving image to create a specific world. The following guide will help you to record better videos and builds upon many of the principles which are covered in the other guides, particularly the audio and photography guides.

Pick a character from the story of Little Red Riding Hood and write an autobiography or diary entry for them. Try to include the character’s name, age, family life, career, education, childhood, personality, hobbies, favourite food and a description of their home. Some of this information will be available in the story of Little Red Riding Hood but you’ll have to use your imagination for some of the other points by putting yourself in that character’s shoes.

Interviews are a fun way to explore the characters from a story and practice your improvisational and performance skills.

Write a list of questions you would like to ask one of the characters. These should be open-ended questions that require more than a yes or no answer. For example: “Can you describe your childhood home?”

There are many different ways to film an interview. This guide will explain how to record an interview where the interviewer is positioned off screen. Most videos are filmed in landscape, although some platforms such as TikTok use portrait videos.

Find a neutral background for your interview, ideally somewhere quiet without much movement or activity. You might want to set up a chair for the actor to sit on. Consider the lighting, is the location bright enough or do you need to use artificial lighting? You could carry across the tricks from the photography guide for some subtle hints about what the character is like. For instance, a darker, more eerie background for the wolf and so on.

Often the interviewer will stand to the side of the camera, and the actor will look at them when answering, rather than directly into the camera. Alternatively, the interviewer could hold the camera and the actor could answer by looking directly into the lens. Small choices like this influence the final feel of the interview: if your interviewee is looking at or behind the camera it will feel like they are speaking directly to the audience. If they are looking to the side, it creates a slightly more relaxed and conversational atmosphere. Once you have decided where your eyes will be focused, try to stay still and don’t move about too much. 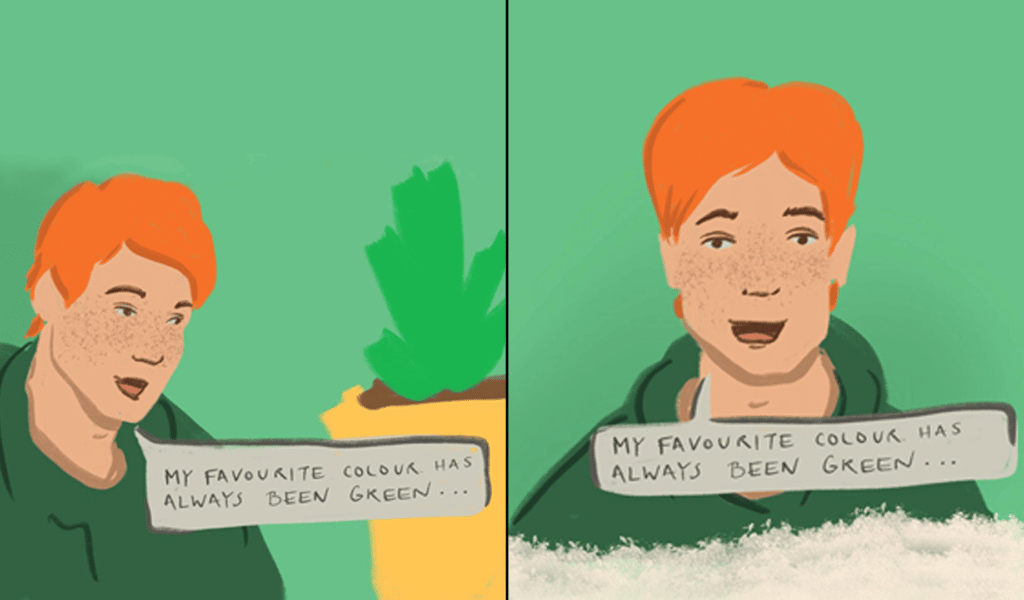 Lots of camera movement can be distracting so we need to try and keep the camera as stable as possible. Here are some suggestions for achieving this:

Work in a group. One person will play a character from the story of Little Red Riding Hood.  Another person will act as an interviewer and ask them questions about their life. The third person will be responsible for recording the interview and operating the camera.

The interviewee should avoid breaking out of character. Try to repeat the interviewer’s question at the start of your answer. For example: “My childhood home was very small.”

If you’re unsure about an answer, pause to think about it for a second (or prepare roughly what you’re planning to say beforehand). Try to avoid hesitations like ‘umm’ or ‘err’, or repeated filler phrases such as ‘y’know’ or ‘like’.

Record five seconds extra at the beginning and end of each take. This helps with editing, so there is no danger of any important action or dialogue being missed or abruptly cut off. 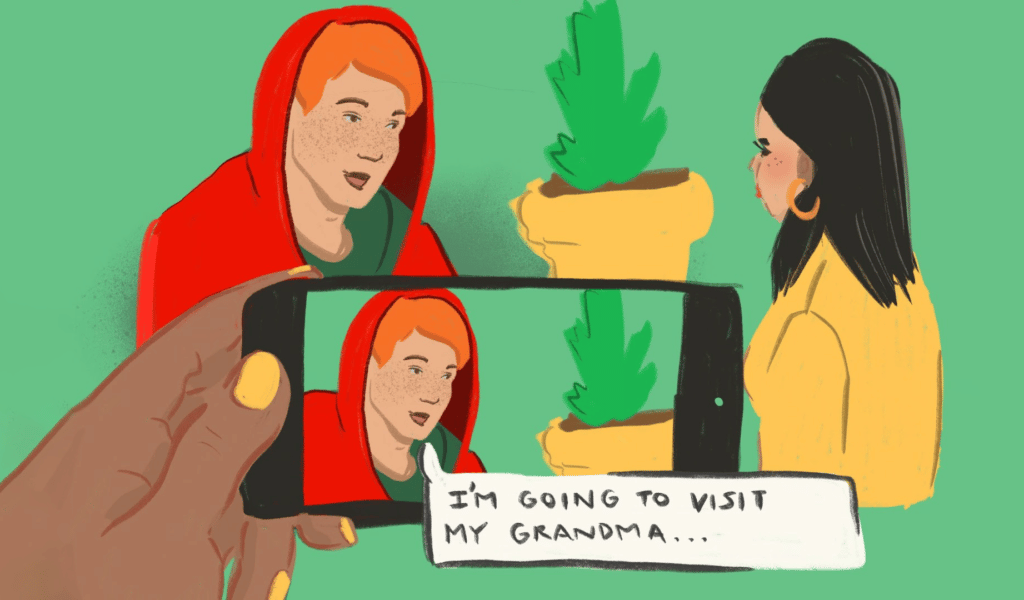 Editing is something of an underappreciated art! The editor gets to influence the pace of the entire video, and can even change how certain characters come across by choosing to focus on certain clips more than others, or including more of the pauses to make them seem like they are hesitant for example. Reality shows are a prime example for the power of editing as the editor is almost entirely in charge of the contestant’s public perception.

When editing your clips together, try to make sure the cuts don’t feel too sudden or jarring if you are cutting together several takes for one given scene. Try cutting at the end of a sentence or before a pause. If using music, cutting on the beat makes for a satisfying end result.

Splice, Movavi Clips or Premiere Rush are all great apps for editing on a device. You could also import the footage to a computer and use other editing software such as Adobe Premiere Pro, iMovie or Movavi.