Theatres Produce Memories: A look at the Northcott’s impression on its community

Since the Northcott opened its doors in 1967, it has seen generations of theatregoers and theatre makers come and go. In that time the theatre has played a significant role in the lives of its community, its staff and the artists who were connected to its hundreds of productions and projects.

In this panel discussion we’ll be exploring the power of memory, the impact the theatre had on the professional careers and lives of its local community, and the upheavals it has undergone in its journey to become a ‘theatre for everyone’.

Key questions and ideas for this discussion will be an exploration of the large-scale, high-profile events that the theatre has been known for over the years, including the Shakespeare in the Gardens productions, the annual Christmas pantomime and its community productions.

We’ll be looking at those who developed their careers at the Northcott – but not just the famous names, also the unsung heroes such as Maurice Marshal’s long standing and highly respected technical theatre apprenticeship scheme.

Finally, we’ll be inviting the audience to share their memories and experiences of the theatre – how have the changes undergone by the theatre been perceived by the local community and how does the theatre need to change once again to better serve the people of Exeter and Devon?

Janet Gale is a key member of Exeter Local History Society and Exeter Memories, who worked at the Northcott for over 20 years. She’ll be talking to Mike Reddaway, the Northcott’s Production Manager from 1983 to 2010, who oversaw all technical aspects of more than 500 productions, and Penny Mindelsohn, who founded the ‘Exeter Northcott Youth Theatre’ and went on to become a member of the Devon County Drama Staff team, touring productions to schools.

You can re-watch the panel event now. 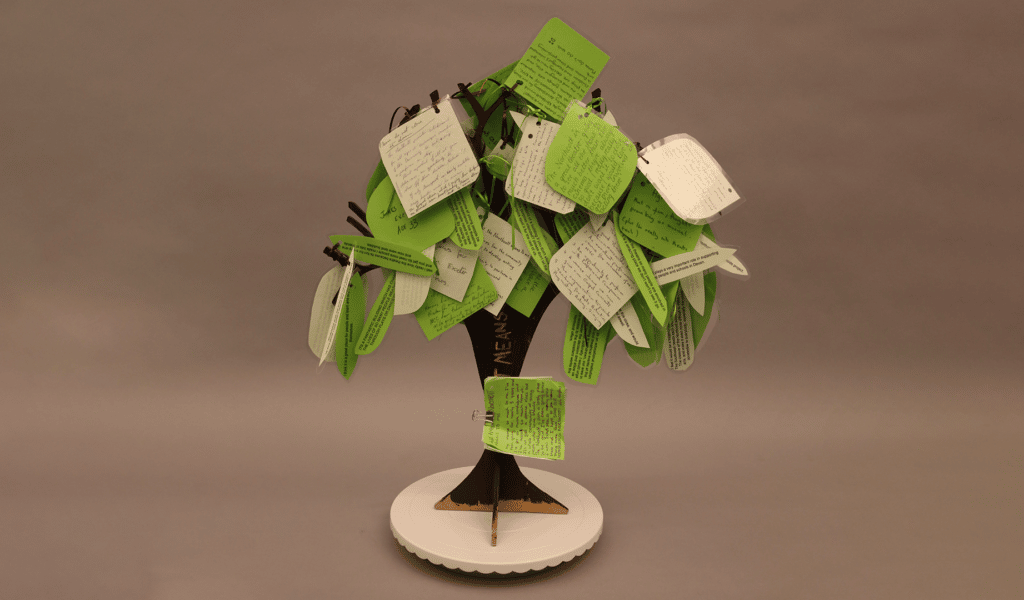 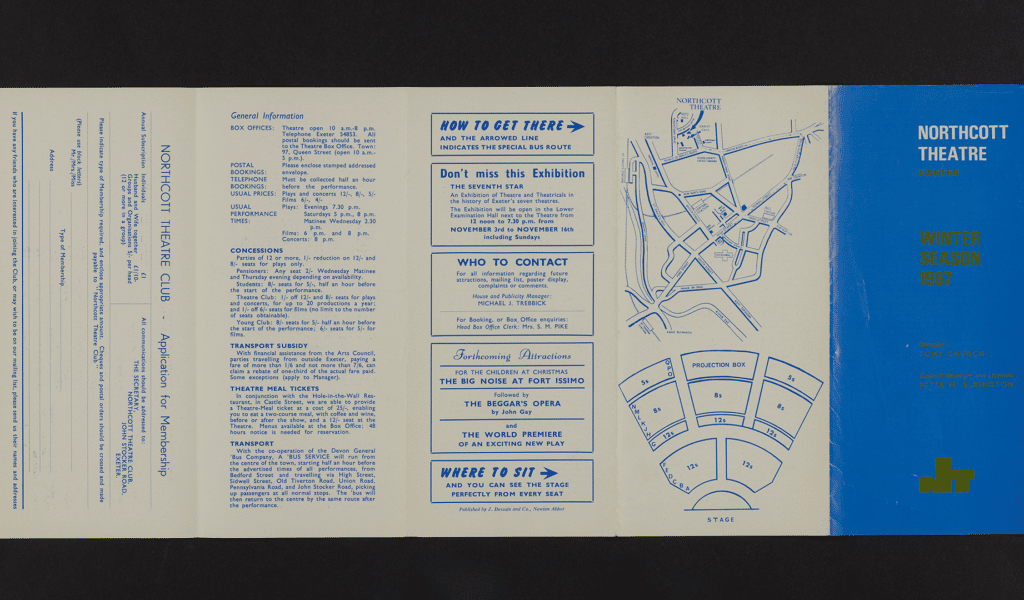 I worked for the Northcott Theatre for 20 years, starting in 1987. So miss all my friends and co-workers, but so glad to have been part of a team that brought so much joy to the Community I would not have missed a day of it. We are still in contact.

You can never put a good theatre team down.

The Legacy of Maurice Marshal

A major part of the Northcott’s history is its role in the training and development of technical and stage management apprentices – a scheme lead by the late Maurice Marshal for over 25 years. There are many skilled technicians working in theatres nationally today who were connected to Maurice’s legacy and our intern Alice Smith looked at this history in depth. 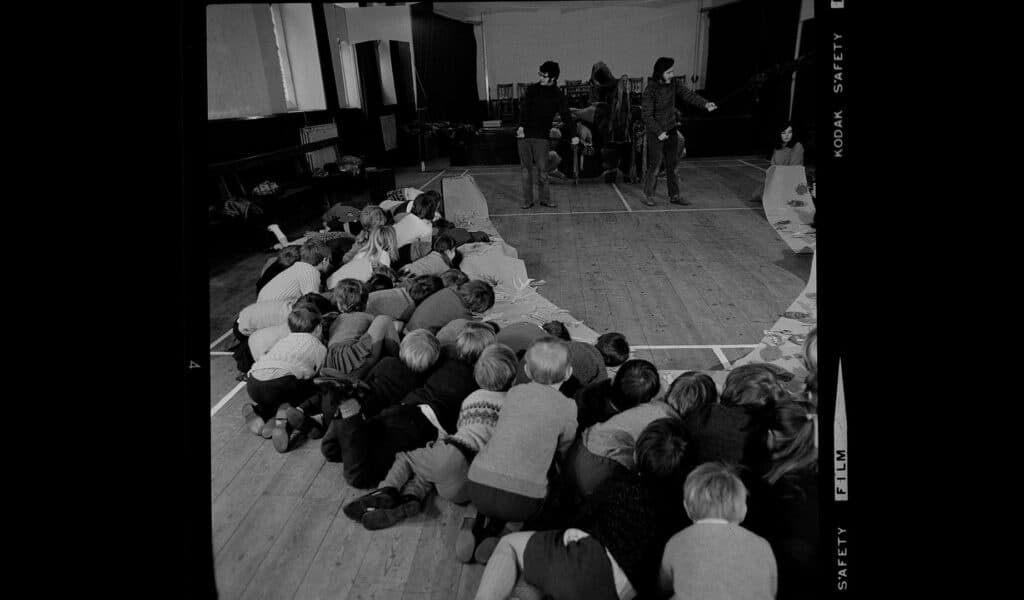 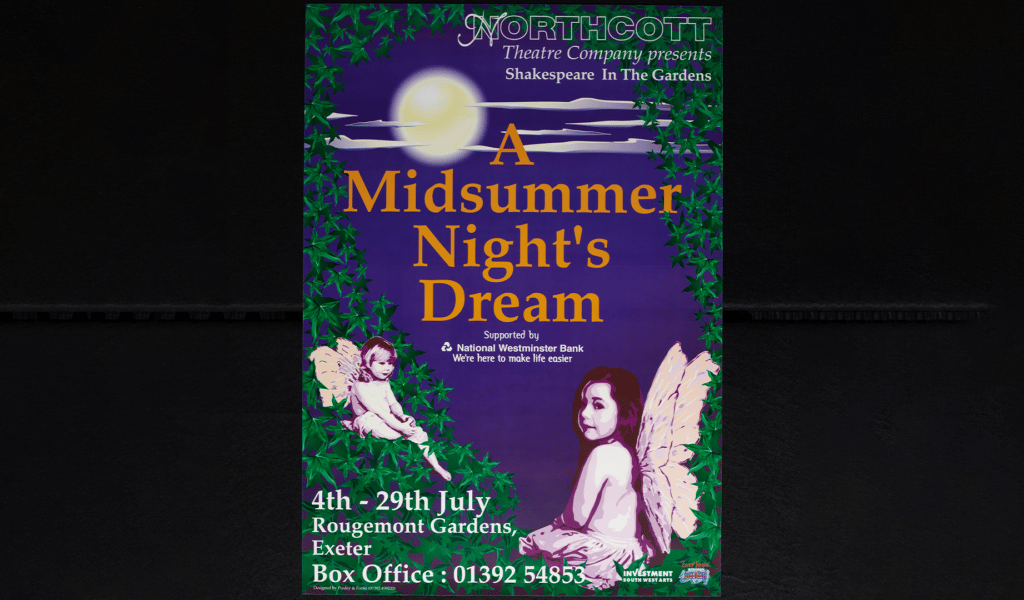 Board of management minutes from 1989 feature an Arts Council Annual Review (7th June 1989) exploring the importance of regional theatre as “a major training ground for actors and technicians”. It states that “many senior electricians throughout the country have been trained on a two year scheme formerly run in conjunction with the association of British Theatre technicians and now run by the Theatre”. Maurice Marshal MBE (who had worked as an Electrician at the theatre since it opened, and quickly rose through the ranks) had been leading apprenticeship and training programmes since the 70s; his scheme also had many connections with local colleges and the university drama department. These organisational connections in the training programme created training networks across the city, taking the theatre’s training work down from the hill.

The importance of the training programme to the Northcott is exemplified in 1995: the theatre was weathering a major cut in funding, and therefore needed to make staff cuts. The finance and executive committee however emphasised that “every effort should be made to retain the Theatre’s important training function” and clearly valued the scheme, and were looking to the future to sustain the key work of theatre electricians and maintain the cross-community and cross-organisational networks that enabled the programme to run effectively.

Maurice’s work at the Northcott was greatly respected by the Board of Management. In meeting minutes from 25th October 1999, when noting Maurice’s retirement, a member of the board reminisces, saying: “I remember Maurice with fondness from my days as a student… his input has been of particular importance to the Northcott’s enviable reputation for training and it is to be hoped that his extensive experience can still be called upon at some time in the future”. 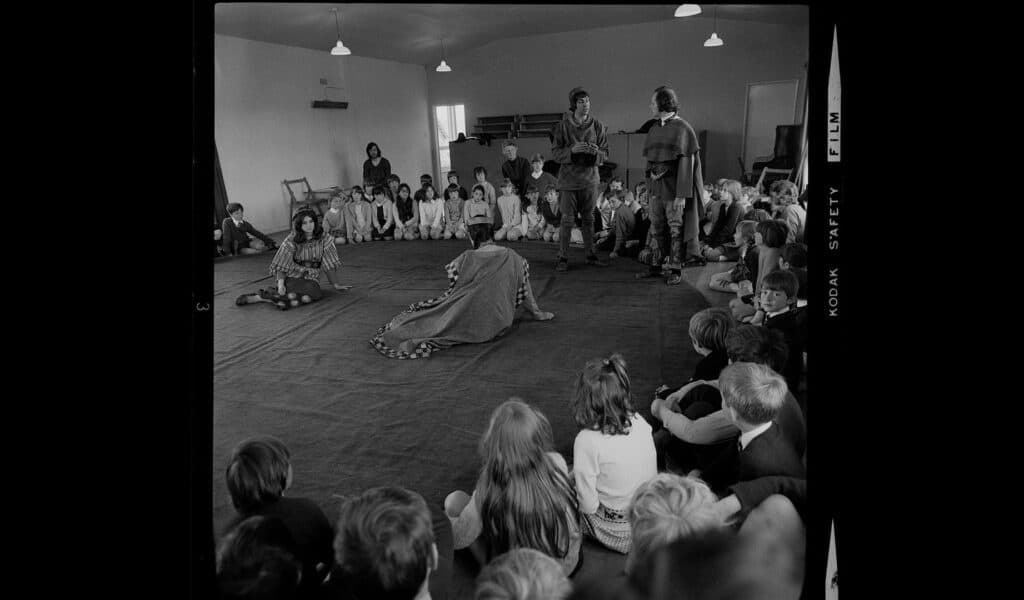 Maurice’s work was indeed called upon in the future, as he continued to obtain funding for educational networks across both the South West and at a national level, gaining much praise and recognition in local press and in the arts sector nationally. Working past his retirement exemplifies Maurice’s commitment to educating the community in Exeter and guiding successive generations into working in the arts.

The important educational work of the Northcott in Exeter was recognised by the South West Arts Council Theatre Review from March 2001, when it committed to an increase in funding for the theatre to extend the Northcott’s work with young people and technical professional development.

One of the key aspects of the city council’s development in 2003 was to develop Exeter as a city of learning. The Northcott played a vital role in this by developing “educational and participator cultural programmes that increases cultural appreciation and access to skills and learning”.

This included “training for NVQs”, “work experience placements” and “targeting young people both within and outside schools”. This commitment to the young people of Exeter was sustained as not only did the Northcott train them, but frequently, trainees were appointed to full-time posts in the technical department. In this sense, the Northcott kept hiring local and laid the foundations to enable future electricians at the theatre to continue Maurice’s legacy.

The Arts Council consistently explains in the 00s that education and training is vital to receive funding. This really highlights what a pioneer Maurice Marshal was: embedding training and career development into the day-to-day practice of the technical department and making this a key part of the Northcott’s identity. 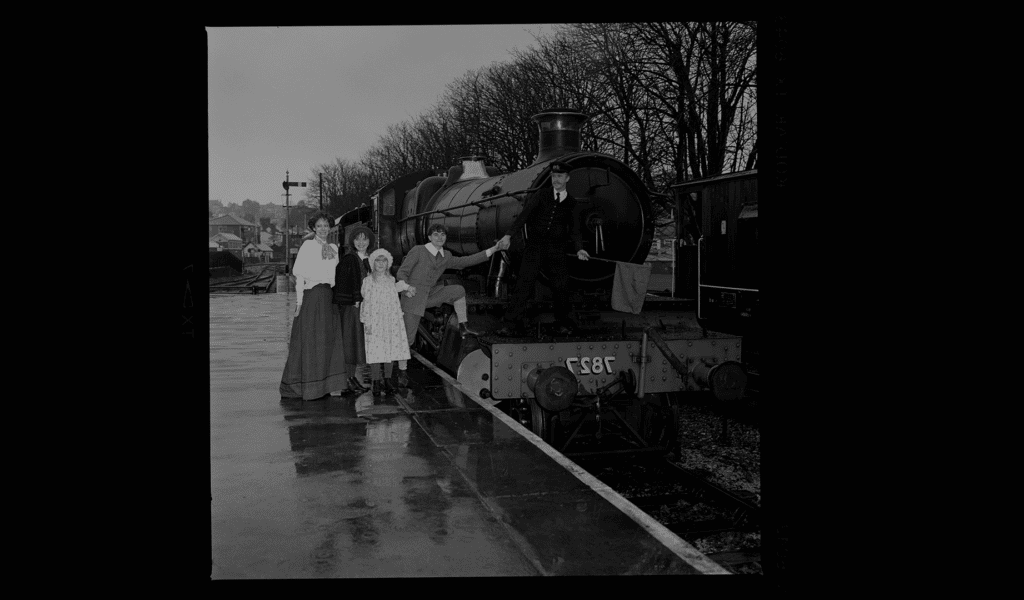