‘The girl of a thousand voices’ Christina Bianco chats with Exeter Living Magazine’s Editor Harriet Noble about her upcoming role in The Rise and Fall of Little Voice, which is playing at the Northcott between 4-9 April.

We’re so excited that you’re coming to Exeter to perform in Little Voice. For those of us who’ve seen the film, is the theatre production similar? Can you give us a few tantalising details of what to expect?

I saw the film before I ever saw a stage production so it will always have a soft spot in my heart. That said, I firmly believe that the play is more dynamic in its tone. There’s a lot more humour in the play, which I think is essential to the storytelling. One of the reasons the play reaches so many people is that it beautifully depicts the constant balance of light and dark in every day life. You can’t have comedy without tragedy and vice versa. So much of the dialogue in the play, that’s not in the film, colours these characters in a way that showcases that symmetry in a way we can all relate to.

Also, selfishly, I’m looking forward to showing the world our version of LV’s big performance medley! But I’m sorry but I’m not going to give you any more details because we want everyone to come in person and see this new production for themselves! 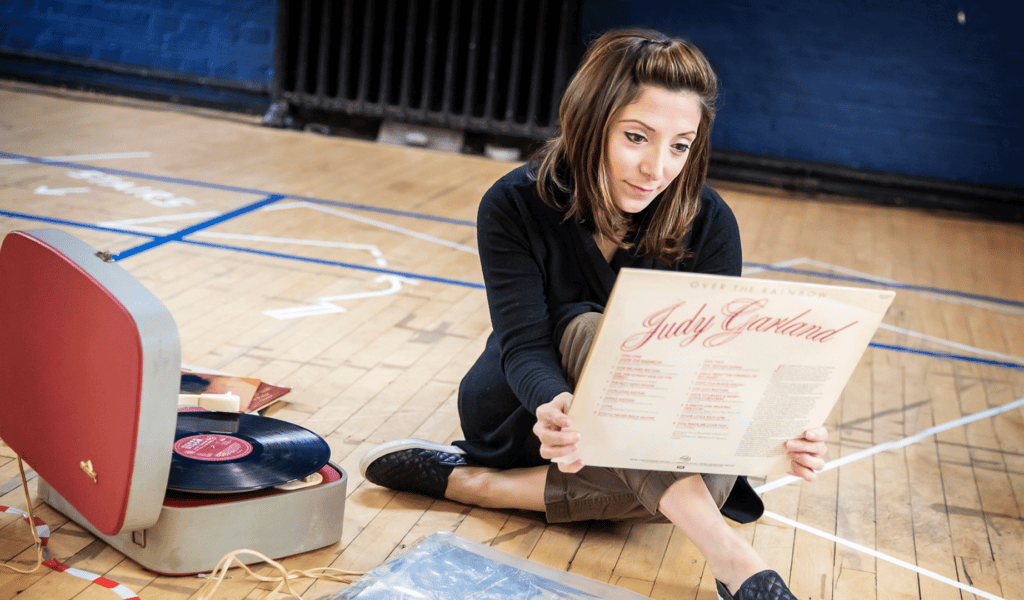 What was the big appeal of this role for you?

Although I’m fairly outgoing and LV is incredibly quiet, I have a lot in common with her. I was raised listening to many different genres of music. My parents say I had a natural ear for mimicry and sometimes would sing along, taking on the tone and style of the artist that was playing. As an only child, I’d also often entertain myself for hours singing along to full albums and acting out all the roles in various musicals. And I think it’s clear that I’ve always had a love of the great classic divas like Judy Garland, Edith Piaf and Shirley Bassey, etc. So I completely understand LV escaping into her own musical world and inadvertently mastering impressions of the artists she obsesses over.

On the other side of that, I find what we don’t have in common equally exciting. I’m fairly outgoing and LV is painfully introverted. Tapping into that quietness, stillness and shyness will be a welcome challenge. 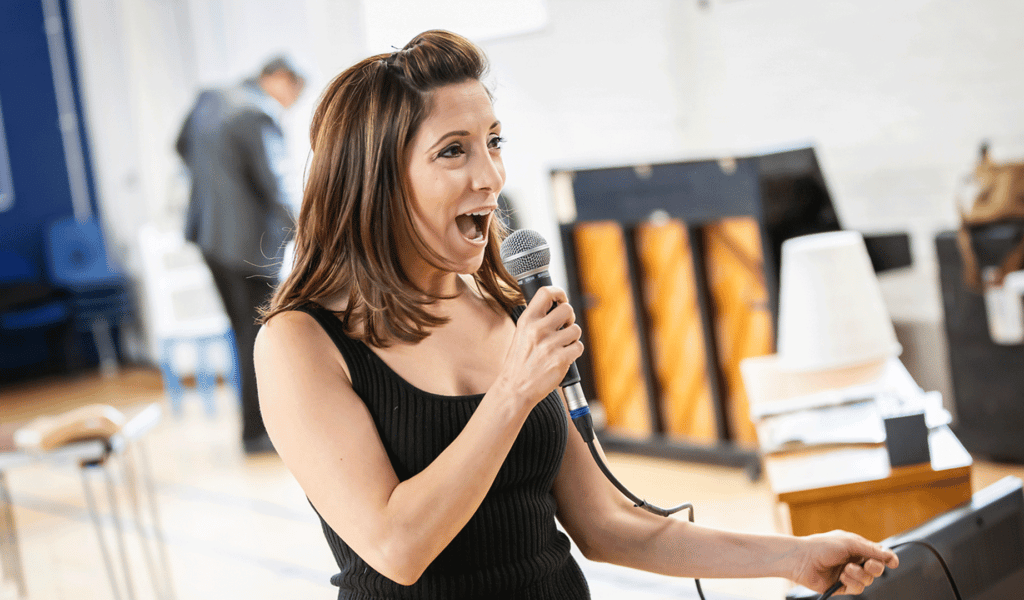 You are known as ‘the girl of a thousand voices’ – which impressions do you do that make you feel empowered and strong?

Powerful and emotional vocalists who go out of their way to connect with an audience, like Judy Garland and Shirley Bassey.

Which ones are the hardest to crack?

Singers whose voices are the least similar to my own, like Liza Minnelli. Her voice has a lot of grit to it and her vibrato is a lot slower than mine.

Are there any that you feel are closest to you in terms of voice and personality?

Celine Dion’s vocal timbre, vibrato speed and range are quite similar to my own. As far as personality, it’s gotta be Bette Midler. I’ve always tried to emulate her dynamic performance style, balancing comedy and drama with song choices covering many genres.

How easy/difficult is it getting the Northern accent of LV in Little Voice?

It’s daunting! Especially doing a northern accent for northerners! There’s an assumption that if you’re good at impressions, you’ll be good at accents – but I can’t afford to think that way. The playwright Jim Cartwright is from Lancashire and set the show there, so I worked with a dialect coach before rehearsals began. Now, I’m rehearsing alongside Shobna and Akshay who are from Manchester and Ian who’s from York, so I know I have some good ears making sure I’m staying on track. So far, so good!

Do you ever get any nice feedback from the singers you do impressions of?

Yes, and thankfully that it’s only been positive so far! I’ll give you my two favorites. Bernadette Peters said in an interview that I did one of the most incredible impressions of her she’d ever heard. I’m still amazed she even knows who I am!

Meeting Kristin Chenoweth is my favorite story though. We have a lot of mutual friends and over the years, she’d tweeted and posted about me, so I knew she was an admirer of my impressions. I finally met her when we both performed at the same gala. The producers of the event asked me to do a big impression mash-up but thought it might be best not to do my Kristin impression, in case it rubbed anyone the wrong way. So I didn’t include her impression in my set. Afterward, Kristin sees me backstage, rushes toward me, grabs me by the shoulder and says ‘Hey! Why didn’t you do me? Next time, you do me and you show all these people what we’ve got!’ That’s absolutely the dream response. For someone to know that you’re celebrating them! That you’re doing the impression with love and respect. Sure, some have to be more exaggerated than others but they should all come from that same place of admiration.

You are from New York but have moved to England. Is this just while you do the tour or is it a long-term thing?

I’m officially a British resident! I live in London with my husband Billy and our 12 year old dog, Jeff Vader. (Yes, his name was inspired by the Eddie Izzard bit) My visa is for a few years so we’ll see how it goes and perhaps we’ll stay even longer. So far, we’re loving our new life here in England.

You know England pretty well having worked here before. Anything that is still baffling you about this country?

I simply cannot remember to tap out at train station. I should be used to it by now but I’m just too set in my New York ways! I’m optimistic I’ll get the hang of it now that I live here though. 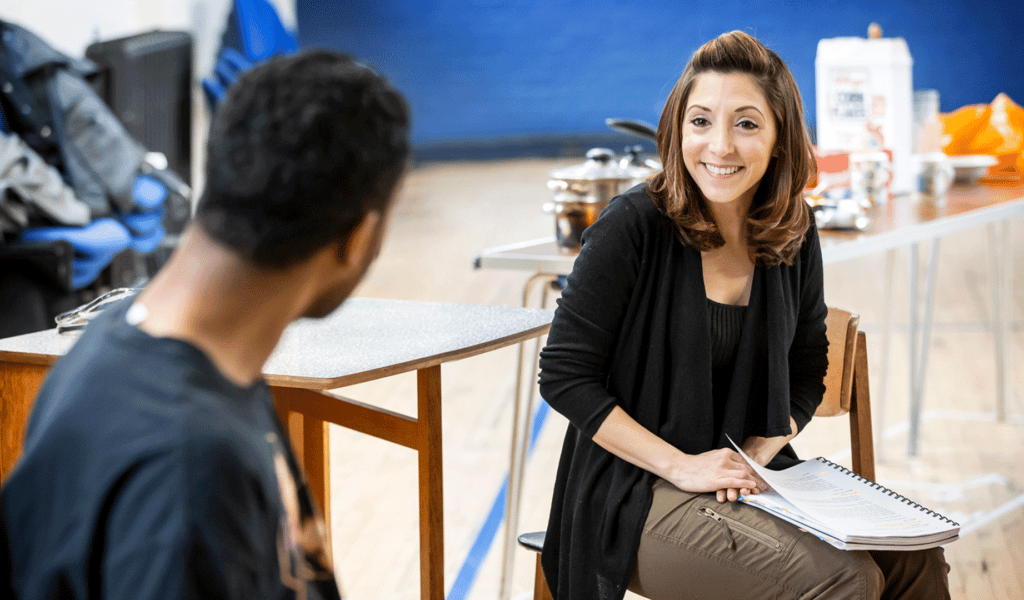 Have you made it down to Exeter/ Devon yet? If so, what did you get up to?

This will be my first time visiting Exeter! I’m very excited to learn more of the city’s history and see the city walls, the cathedral, stroll along the quay.

Your biography says you like the films of Benedict Cumberbatch and also decorating cakes… have you met him since being on our shores and have you got into The Great British Bake Off yet?!

Sadly, I’ve not met him yet. Let’s invite him to see the show in Exeter, shall we? I know he enjoys impressions! In all seriousness, I’ve been lucky to meet many actors I admire over the years – even, as it would happen, most of the cast of Sherlock! But I’ll just have to wait a little longer to meet Mr Cumberbatch.

As for Bake Off, I’m a massive fan! During lockdown, I re-watched many episodes and was inspired to take on some crazy baking projects of my own. I think they turned out alright considering I’m completely untrained, but I doubt Paul Hollywood would give me a handshake.

Lastly, if someone was going to make a film about your life, who would you want to play you?

Tom Holland. I mean, what can’t he do?

USE CODE ‘LOVETHEATRE’ AT CHECK-OUT

Thanks to UK Theatre and The National Lottery’s Love Your Local Theatre campaign, when you buy a full price ticket for The Rise and Fall of Little Voice, you get another ticket FREE. But hurry, availability is limited!