We’re excited to announce that three new productions will be made and presented in Devon in 2021.

The first to open in March is The Honey Man, an absorbing tale about an unlikely relationship between an ageing West Indian recluse and a fiery sixteen year old heir to a country manor house. Written by Tyrone Huggins, it will be directed by Devon-based Director Alix Harris.

Antigone, Brecht’s version of Sophocles’ gripping political thriller, hits the stage in May. A collaboration between the Northcott’s professional team and an ensemble of Exeter University students, it pits a teenage girl against the power of the state, in a topical story of ‘strong man’ leaders and citizen power.

An adaptation of Michael Morpurgo’s Friend or Foe will be directed by the Northcott’s Artistic Director, Daniel Buckroyd, in June. Following two boys as they’re evacuated from London to Devon during the second world war, this adventurous tale for all the family will feature a mixed professional/community cast drawn from across the County, with information about how to get involved to be published soon.

Breaking Exeter Northcott Theatre box office records back in September by exceeding sales for all previous on-sale dates for Christmas shows at the venue, Le Navet Bete’s Treasure Island is a comedy adventure set to provide audiences with a pure dose of escapism this festive season.

‘We all know that Christmas is a time for coming together, and this year, perhaps more than any in recent memory, I’m sure we’re all yearning to put the last twelve months behind us and celebrate our hope for a better year ahead. Which is why we’ve been determined to strain every sinew to get the Northcott open again and Covid-safe in time for families and friends to gather and share in the joy of watching a Christmas show together.’

With investment from the Government’s Culture Recovery Fund, we can now announce ambitious plans to support and celebrate local talent through 2021! With a range of creative opportunities for artists, young people and communities to kickstart a year of change and creative renewal.

The Northcott wins investment from the Culture Recovery Fund!

We’re re-opening for Christmas! And other news

Over the next few months, we’ll be bringing you a number of events, including support for up-and-coming South West artists through our continued Futures programme, theatre-making classes for young people and a swashbuckling family adventure for Christmas. Treasure Island: Booking…

Are we heading in the right direction? The decisions theatres make now will define our relationships with the communities we serve

The decisions theatres take now about the next 12 months are going to define the relationships they have with the communities they serve for a generation, so we need to think hard about the choices open to us and make…

We learned today that Exeter Northcott Theatre’s application to Arts Council England for support from their COVID-19 Emergency Response Fund has been turned down. As a registered charity, the Northcott is deeply grateful for the continued support of the University… 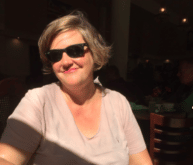 Project announcement: A creative collaboration with WCCEH on LGBTQ+ loneliness and history

Following an initial seed phase in which three artists were granted funding to think about loneliness, theatre and performance alongside scholars at the Wellcome Centre for Cultures and Environments of Health, we are excited to announce the direction that this…

At a time when Covid-19 is already challenging UK theatres to think about how they need to change to survive the current crisis, the horrific death in the US of George Floyd, the latest in a long line of unconscionable…

A poignant message about isolation #ItsInOurHands

Fifty years after it was first performed on the Northcott’s stage, Robert Lindsay has recorded a speech from The Roses of Eyam, which he says feels more poignant now than ever: “It’s an extraordinary story of isolation and survival thanks…

The Time Is Now: Artists Announced

Five projects to connect local communities through creativity As soon as Exeter Northcott closed its doors due to the COVID-19 pandemic, we started exploring ways we could support local artists and inspire audiences with creative activity. In addition to a…

Our Futures Artists and Producers have not been resting on their laurels during this time of crisis. Find out what they’ve been up to. Back in January, we launched the first round of our Futures Programmes for Early Career Artists…

After launching Hyperlocal with our project partners Arts and Culture University of Exeter, Exeter Phoenix and Kaleider, we have received over 200 submissions from artists across Devon and Cornwall with a huge range of art forms represented, spanning dance, film, installation, animation, graphics,…

Our stage may be silent but we’re continuing to find ways to support theatre-makers and connect with audiences. Here’s what we’re doing: The Time is Now: Digital Commission We’ve invited South West-based artists to apply for one of five £1000…

The Time is Now – Artist Commission

We’re calling out to artists with an exciting commissioning opportunity to help connect communities through the power of the arts. On 17 March, Exeter Northcott Theatre, along with many theatres across the country, closed its doors to the public in…

Exeter City Council and Wellbeing Exeter are working together to provide practical help and support for local people to help them through the coronavirus outbreak, including the launch of a new £1 million Community Action Fund. Exeter Community Wellbeing Together,…

Exeter Northcott Theatre closed, temporarily, at midnight on Monday but there is still a lot going on behind the scenes. As a theatre it is our job to make sure that the show goes on and that audiences and artists…

Exeter Northcott Theatre has won a prestigious Arts Award for its starring role at the heart of Exeter’s arts and culture scene. The accolade was revealed at a gala dinner held by Exeter Living magazine at the University of Exeter’s… 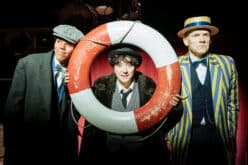 Amalia Vitale is returning to Exeter playing Charlie Chaplin in a new play which is earning rave reviews from the critics. When she steps onto the Northcott stage in March, it will be the first time since she performed in… 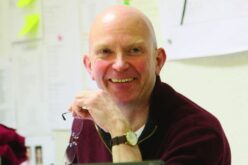 Tributes have been paid to John Durnin, the former artistic director of Exeter Northcott Theatre, who died last week after a short illness. John, who died on Sunday (February 16), was also associate director at the Cheltenham Everyman Theatre and…

ONES TO WATCH THIS SEASON…

We’ve hand-picked a selection of shows that are our ‘Ones to Watch’ this season. They’re exciting, they’re ground-breaking and they feature stellar up-and-coming and established performers and theatre companies that we hope you’ll love as much as we do. SEE…