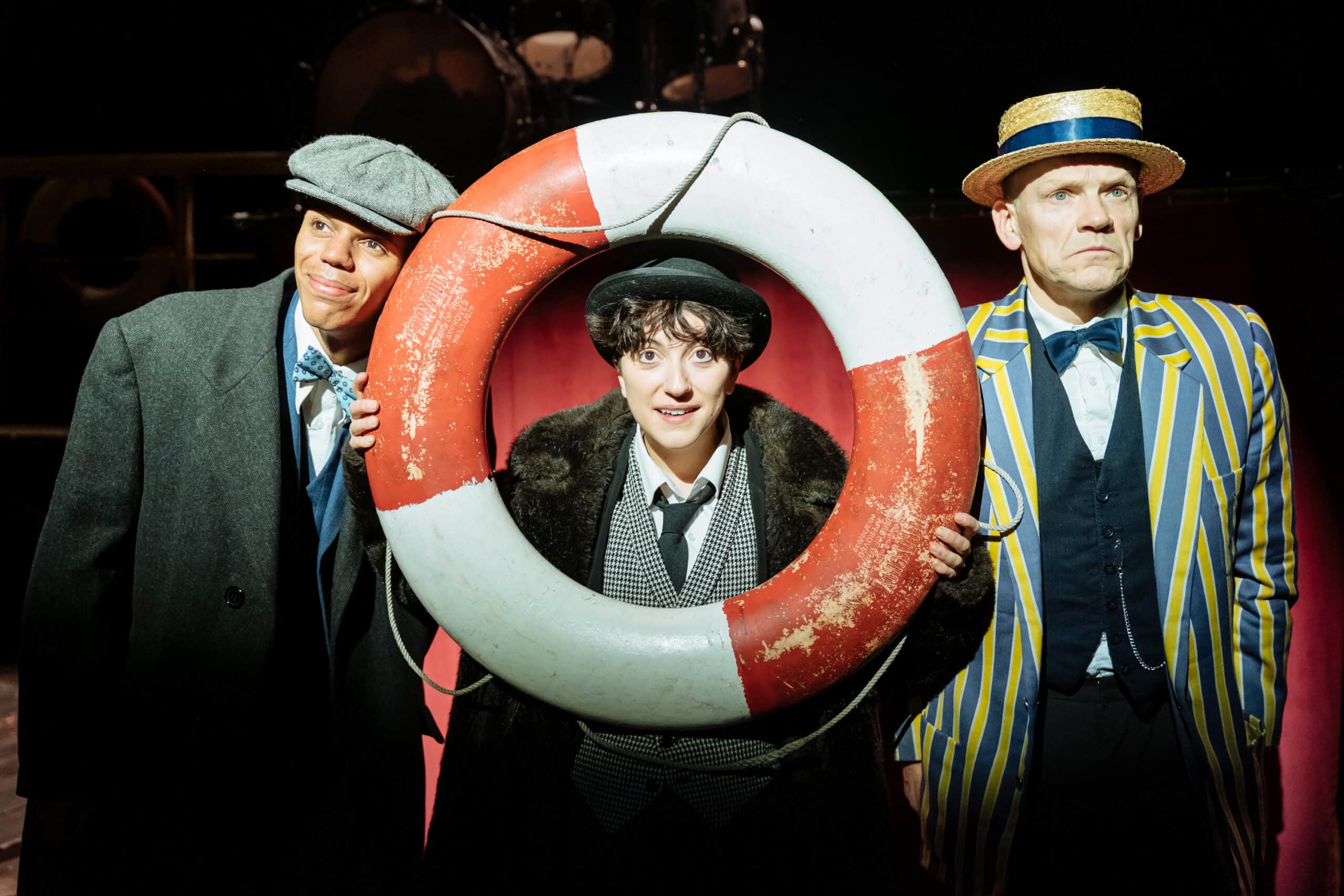 Amalia Vitale is returning to Exeter playing Charlie Chaplin in a new play which is earning rave reviews from the critics.

When she steps onto the Northcott stage in March, it will be the first time since she performed in the theatre’s young company as a child during the late 90s and early noughties.

The Strange Tale of Charlie Chaplin and Stan Laurel shines a light on an unknown period in comic history when two maverick imaginations collided for a brief time.

The then unknown Chaplin and Laurel shared a cabin across the Atlantic before touring the United States together as part of Fred Karno’s famous music hall troupe.

One scene in the silent comedy sees Vitale plays the six-year-old Chaplin making his own theatrical debut – a special moment for an actor who began her career at a tender age in the city.

“It is going to be pretty mad doing that in Exeter,” she says,

“It couldn’t be more perfect to finish the show in the city where I grew up and it will be a real honour to be back in that space.”

Vitale, born to half-Italian parents who moved to Torbay to work in a hotel with shades of Fawlty Towers, played in a string of youth productions from the age of 11.

Under the tutelage of Rachel Vowles, she performed in Oliver Twist, Oh What a Lovely War, Tin Pan Ali and  Around the World in 80 Days, as well as the panto Mother Goose, alongside much-loved dame, Steve Bennett.

She cut her teeth as part of a cohort that went on to do great things: Alex Sharp won a Tony award for his Broadway hit the Curious Incident of the Dog in the Night-Time and Finn Irwin founded Exeter’s Bike Shed theatre.

“The Young Company productions were such massive endeavours and I felt like I spent my life at rehearsals,” she recalled.

“Some of the shows were as rigorous as those I am in now. It felt like a real company, I made a lot of friends and it kind of sealed the deal for me in choosing a career in acting. You start to understand how acting companies work, what’s required of you to become a performer. It was there that I went from being terrible as an actor to actually being quite good.”

There have been plenty of professional gigs since then for the 32 year-old graduate of Birmingham Conservatoire, who now lives in Tooting.

Then in 2018, Paul Hunter, Artistic Director of theatre company Told by an Idiot, spotted her playing a riotous dog in Tim Crouch’s acclaimed play Beginners.

He invited her to a workshop – which teased out the unusual relationship between Chaplin and Laurel – and asked her to take on the role of Chaplin.

“He messaged me a month later and asked me if I wanted to be Charlie – I said ‘yeah’ but of course I was terrified,” she admitted.

“It was the first time I have had such a prominent role, especially paying someone quite so iconic. But I welcomed the challenge.

She says inhabiting the persona of Chaplin has helped to shed light on the enigma at the heart of the production.

The 1920 tour launched two glittering careers: Stan Laurel returned home to Britain, later finding success with his soulmate Oliver Hardy, while Chaplin developed his Little Tramp character and within five years became one of the most famous figures in the world.

In Chaplin’s highly detailed autobiography Stan Laurel is never mentioned. Stan, however, talked about Charlie all his life.

“Charlie kept all his competition at a safe distance – it was not an accident that he never mentioned Stan,” Vitale adds.

“He came from nothing and had to provide for himself his whole life. He was always terrified of going back to where he came from, never really trusted anyone and certainly didn’t feel the need to share.

“Stan was quite in awe of Charlie and wanted to tell all the tales.

“It has really been a joy playing Charlie. I get to watch an awful lot of his films. There are 80-odd of them and so far I am about half-way through. Stan and Charlie are so different. Charlie’s work is quite sentimental and sometimes difficult to get into but once you do they become quite addictive.

“My mum told me when I was young that I should be a clown. I didn’t quite understand what she meant. Later in life I met my husband – a clown teacher – but I’ve never done outright slapstick until now, it’s great to have a job where I can explore that element.  And to finish the tour in Exeter, back on my old stomping ground, will be an amazing experience.”