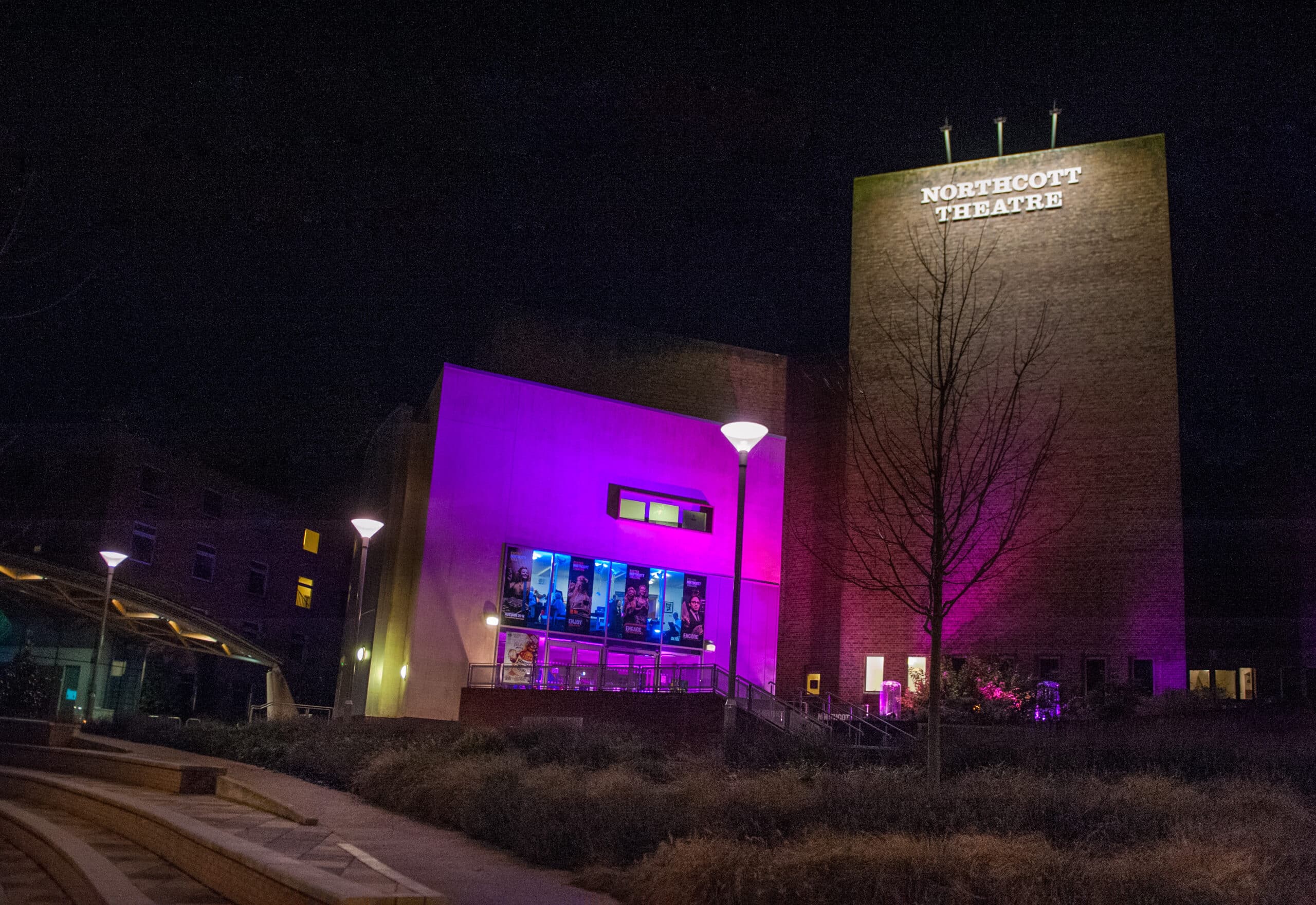 The theatre opened on the 2nd November 1967 with a production of The Merchant of Venice, starring its first Artistic Director, Tony Church.

To launch the Northcott’s 50th anniversary celebrations, it will be hosting a charity gala on Sunday 12 November. The evening will celebrate the Exeter Northcott Theatre’s first 50 years and will raise funds to help strengthen the foundations for the next 50.

After the Theatre Royal, Exeter was demolished in 1962, local businessman George Northcott started negotiations with the University of Exeter who then offered some land on Streatham campus for Mr Northcott to realise his ambition of creating a new theatre for Exeter. He established a trust with a benefaction of £100,000 (later supplemented by a generous gift of £50,000 from the Calouste Gulbenkian Foundation and others), to build the ‘Northcott Devon Theatre and Arts Centre’, which would serve the needs of the local community.

Exeter Northcott Theatre has a rich history of producing and creating entertaining and innovative work. In the 1970s and 80s the theatre’s Rep company helped to launch the careers of many recognizable faces including television and film stars such as Celia Imrie, John Nettles, Imelda Staunton, Brian Protheroe, Geraldine James, and David Suchet.

Today, under the artistic direction of Paul Jepson, the Northcott is thriving. It is a new model regional theatre; a bold, sustainable, life-affirming hub of entertainment and enjoyment for Exeter and beyond. Since 2015 the theatre has steadily been increasing its producing arm, with recent productions including The Comedy of Errors, The Railway Children, This Is My Body and Betrayal. It has also developed a radical interdisciplinary programme called IMPACT. In partnership with the University of Exeter, the Northcott successfully piloted Beyond My Control, an interactive performance about epilepsy.

Exeter Northcott has also introduced an Associates Programme, which supports the next generation of theatre companies to successfully transition to the mid-scale. Current members of the programme comprise PaddleBoat Theatre Company, Metta Theatre and Le Navet Bete.

Paul Jepson, the Northcott’s artistic and executive director said, “The Northcott has got its mojo back.  Our National Tour of the Railway Children has received rave reviews, we’ve just co-produced the tour of People Places & Things with Headlong, the National and Home, we’ve had first visits from great leading edge companies like Complicite & Gecko, we’ve gone back to Summer Shakespeare with our Graduate Company, our Associate Companies are developing new audiences, our education and reach out programmes are widely admired.  Attendance is up – significantly and our audiences are becoming more diverse.  To top it all on the 12th November there’s to be a star studded gala – jam packed with names whose support is humbling and inspiring in equal measure.”