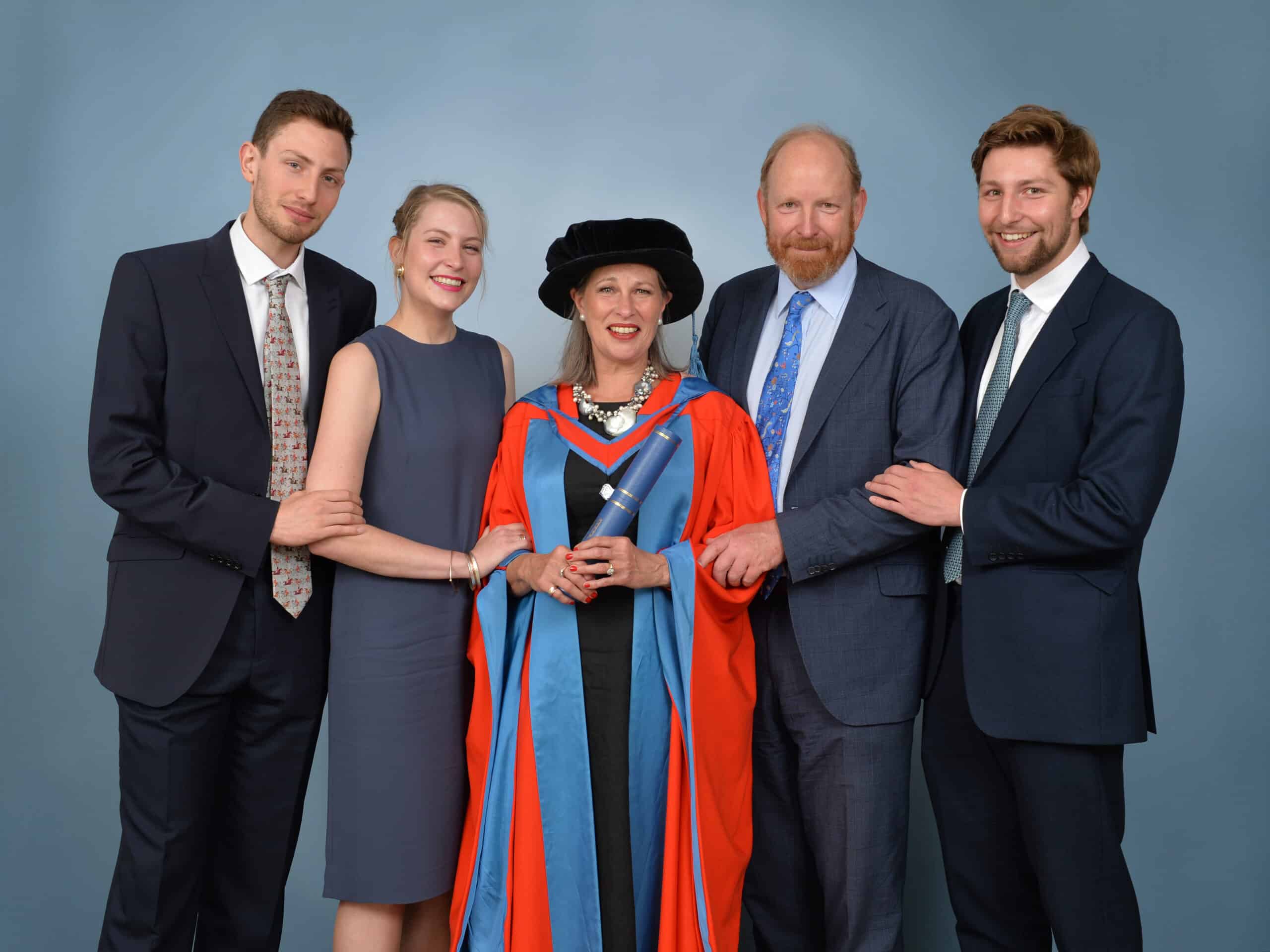 We are very proud to share the news that our Chair, Lucy (Lady) Studholme, is an honourary graduate of the University of Exeter.

Lucy is an alumna of the University of Exeter and has contributed to the life of the University for over 25 years. Following working as a general and paediatric nurse at The Westminster Hospital in London, she studied English with American and Commonwealth Arts at Exeter. During her time at University, Lucy was active in the Guild’s Student Theatre Society, and brought the first student drama production into the Northcott Theatre in 1984, starting a tradition which has been an annual event ever since.
Speaking of the honour, Lucy said “I’m really, really thrilled and delighted. It’s a huge honour and it means an enormous amount to me.”

Lucy has been on the Northcott’s board of trustees since 2012 and Chair since 2014.