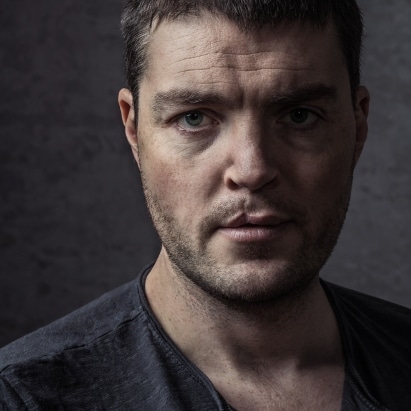 Tom Burke has revealed why he loves the stage and offered a glimpse into what audiences can expect from his theatre company’s first play, Don Carlos – one of the most eagerly awaited productions of the year which opens in Exeter in October.

The actor returned to the screen on Sunday, February 25, as popular detective Cormoran Strike in the latest edition of a BBC series based on the books of Robert Galbraith – better known by her real name name J K Rowling.

Burke, who plays Rodrigo, Marquis of Posa in Don Carlos, an epic tale of passion and power set against the chilling backdrop of the bloody and ruthless Spanish Inquisition, took to the airwaves to talk about playing Strike.

He also explained why he was putting his burgeoning TV career on hold to tread the boards in Schiller’s chilling work and what kind of vision he and director Gadi Roll will bring to the Northcott stage.

The pair last worked together in 2007 in Don Juan Comes Back from the War, a technically outstanding production praised for its staging and its “soaring requiems, resonant sound effects, torches flaming amid the snow and ice”.

“I started the theatre company (Ara) because I wanted to work with Gadi again,” Burke told Graham Norton.

“His work is very emotional and very emotionally inhabited and just creates a universe which exists within its own parameters, in that respect it is uniquely theatrical and doesn’t feel in any way in competition with telly and film – that’s what excites me in theatre.

“Also I was desperate to do something that was linguistically robust – I do feel like we are losing touch with that a bit as a culture. I feel like I go to theatre to watch characters who are brilliantly and succinctly articulate and it’s like we try and apologise for that sometimes – even when we do classical theatre we turn these great soliloquies into things where we are searching for the word, then finding it and then it’s not the right word so we say it with a defeated shrug. This is all the dead hand of naturalism and realism on the theatre – it’s going to die as an art from if we go too far down that road.”

Burke, 36, also revealed that the name for his new company, which plans to continue producing classical drama as an associate of the Exeter Northcott Theatre, had a very personal connection.

“When you try to come up with names for a theatre company, you go through a whole load that sound like you are trying to come up with the name for a punk band and you think ‘no, no’ because every word has a connotation,” he added.

“Finally it was a word that doesn’t have meaning for anybody though on purely sentimental value it was my grandmother’s sort of nickname, the name that most people knew her by – I think she was given the name Nancy or Nancy Violet and she wasn’t a Nancy much less a Violet and certainly not a shrinking one.

“I always thought it meant a blessing or a curse, though there is no evidence for that online. She was an amazing woman, who very much wanted to be an actor and even at the end was searching adverts in The Stage for dead bodies in fringe productions.

“When she was in an old people’s home staff would come up to us and ask “Did she really run a bordello in Torquay.”

More information on Don Carlos, including cast members and plans for the staging, will be announced in the coming weeks.