Treasure Island will be streamed online!

Le Navet Bete’s version of Treasure Island at the Northcott Theatre was one of the few productions nation-wide able to play to a live socially-distanced audience over the Christmas period. With standing ovations and rapturous applause, audiences praised the show for offering much-needed laughter and some escapism after a difficult year. Unfortunately, when Devon was placed into Tier 3, the run was cut short. But not before it was filmed and made ready for global online release through a trailblazing partnership with Creative Industries Federation.

Live chat with Le Navet Bete during the show! 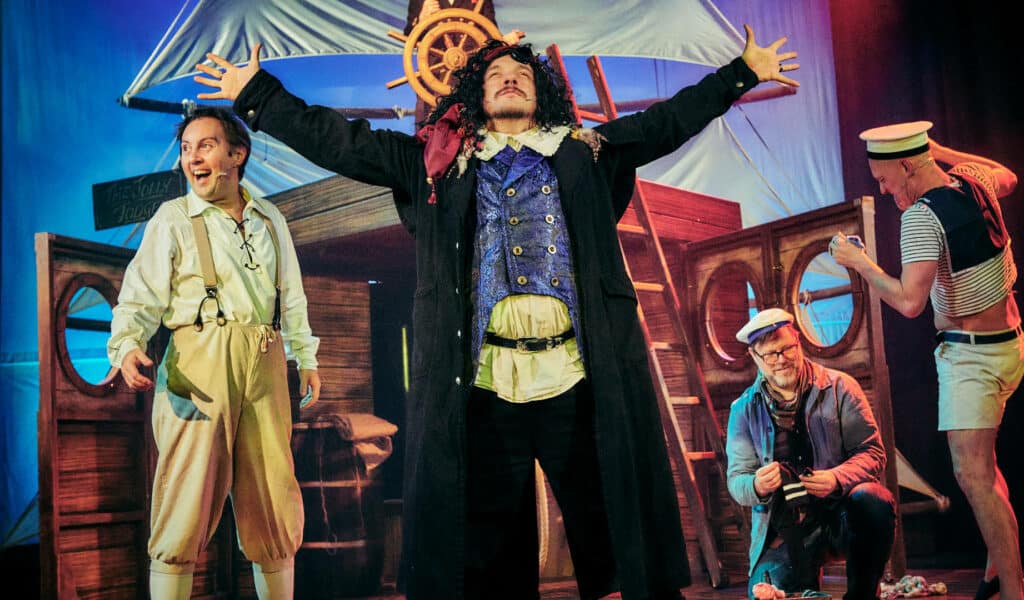 Having to close the show early hit both the theatre and the company financially but once again, we will adapt so that we can continue to offer fantastic experiences for our audiences whilst finding new ways to generate income and secure our future.

Exeter Northcott is the first theatre to partner with The Creative Industries Federation and Little Dot Studios to promote a streaming to a world-wide audience in exchange for donations. The production will be available from 11 – 30 January 2021 via Perspective, a YouTube platform already offering thousands of subscribers unique cultural events. Although free to access, a ‘donate’ function has been added to the platform with a suggested donation of £10 collected by Creative Industries Federation on behalf of the Northcott charity and Le Navet Bete.

The pandemic has made reaching new audiences and accessing new sources of income essential for the entire creative sector, and we’re pleased to help play a part with this innovative new initiative. We’re pleased to have the Northcott Theatre and Le Navet Bete as the first trailblazing partners for the scheme, and we ultimately hope to open similar doors for even more creative businesses in the weeks and months to come.

Providing an exciting opportunity to introduce our accessible and unique brand of comedic tomfoolery to a much wider audience, we hope that this partnership will also encourage online audiences to venture out to a theatre near them to experience us live when venues can open safely once again.