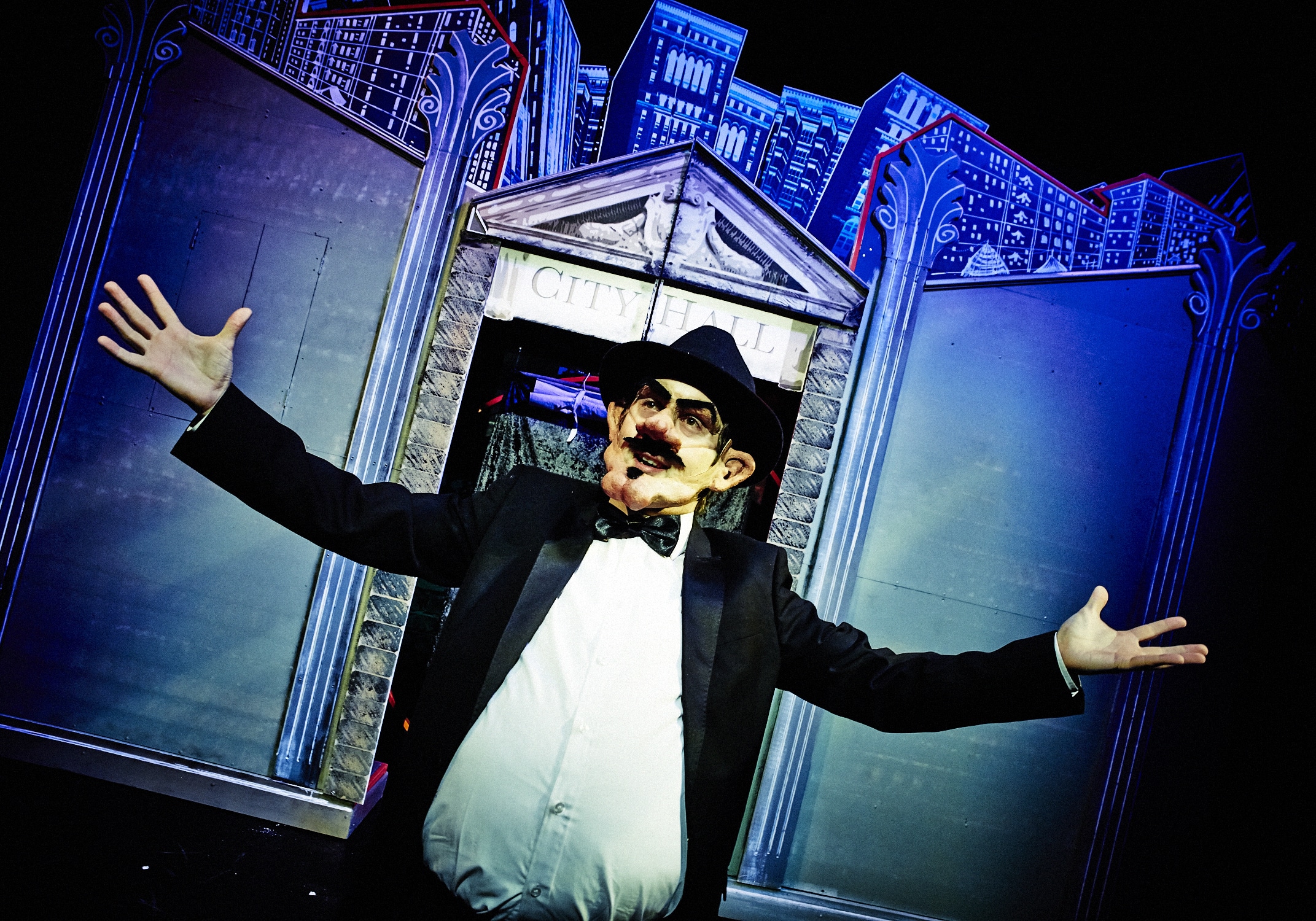 Two new theatre productions created in Exeter are set to go ahead after funding of more than £110,000 was awarded.

A brand new comedy version of The Three Musketeers by Le Navet Bete will open at the Northcott next May ahead of a UK tour.

The ingenious physical theatre company, which is based in Exeter and is an associate of the Northcott, was handed £80,000 by the Arts Council to adapt the popular adventure story by Alexandre Dumas.

The show is the latest work from the foursome, famous for Extravaganza, Dick Tracy and Dracula: the Bloody Truth, which has been widely translated.

Now a global hit, the slapstick take on Bram Stoker’s vampire tale has been and licensed worldwide with up-coming performances in the United States, Canada, Greece, Austria, Germany, France and Mexico.

PaddleBoat Theatre, another Northcott associate based in the city, will present a version of the classic fairy tale Hansel and Gretel.

The company, which is known for its work with children and won Best Family and Children’s Show at the Brighton Fringe Festival, won a total of £30,000 in funding split between the Ragdoll Foundation and Santander, which contributed £5,000 for a school project.

The show will run in December around the Christmas pantomime and is aimed at families with young children families or anyone who would appreciate a relaxed, inclusive environment’

Paul Jepson, the Northcott’s artistic and executive director, said: “It’s brilliant that our Associate companies are succeeding in winning these major grants.

“It is testament to the growing reputation of our organisation as a champion for the best companies in the South West and for the effectiveness of our Associates Programme not only in identifying talent but in supporting it onto the midscale by providing the opportunities, mentorship and skill development that these companies require.”

Stuart Cottrell, literary manager at PaddleBoat, said: ‘We are so excited to be able to offer Exeter families a relaxed, early-years theatre show over the Christmas period.

“The funding we’ve received from the Ragdoll Foundation will allow us to develop Hansel & Gretel in a really exciting way, working alongside children of different ages, needs and abilities in schools along Topsham Road.

“The result will be something truly special that both PaddleBoat and the Northcott hope to continue in the coming years.”

Al Dunn, a co-director of Le Navet Bete, added: “We are thrilled to be awarded £79,993 by Arts Council England to produce and tour a brand new comedy version of The Three Musketeers.

“In co-production with the Exeter Northcott we launch the show at the Northcott in Spring 2019 before embarking on a national tour.

“We have a larger team than ever on this show and it will certainly be our most ambitious piece of work yet.”

*The Ragdoll Foundation was established in 2000 by Anne and Barrie Wood, supported by Ragdoll Productions. It is dedicated to supporting the creation, appreciation and awareness of imaginative and innovative content that reflects the world from a child’s point of view. The Ragdoll Foundation’s Open Grant scheme, launched in February 2016, has been designed to support the cultural sector’s work with children and young people. For further information, please visit http://www.ragdollfoundation.org.uk/ .