Holly has been involved in creative projects at the Northcott for the last 5 years, starting as a performer and then working with the team to choreograph and teach other members of NYC. She’s now pursuing a career in Drama and studying at Warwick University. 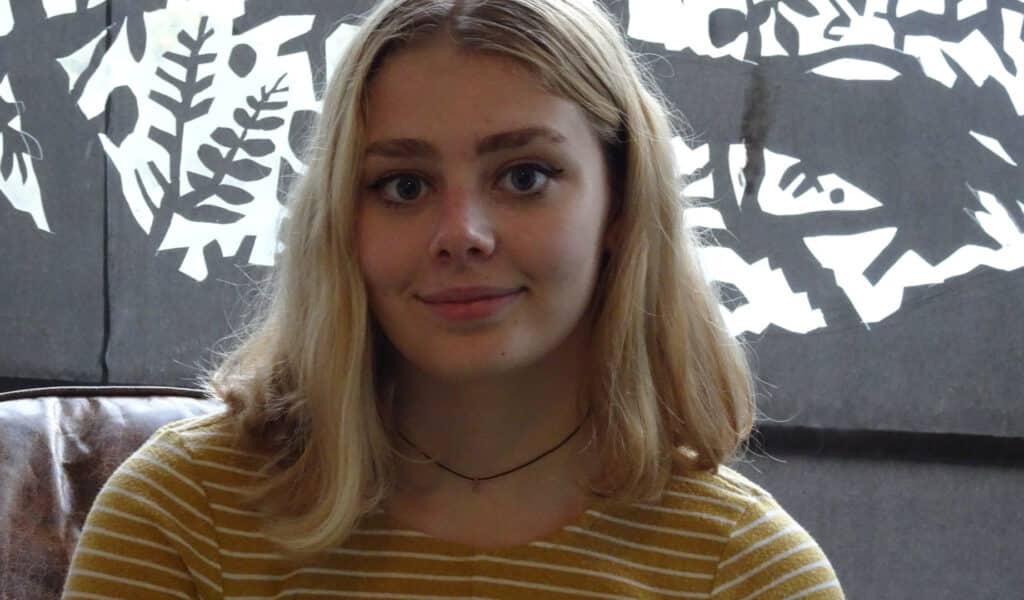 ‘It all started when I got the chance to perform in A Christmas Carol and then in the Christmas show Peter Pan. It was great being part of a professional production and I became interested in the process of putting on theatre.

When I joined NYC I had the chance to devise two shows  – RIME and Into the Light. I really enjoyed this as the material came from us, the Young Company,  and the subjects  explored were from our perspective as young people which can sometimes be different from an interpretation of someone older. We learnt so much about all the aspects of making theatre including stage management and prop-making. We had to do it all which was really fun!

Now I’m supporting other NYC members and have choreographed one of their shows and a film. Through the Northcott I had the opportunity to work with a renowned theatre company known for their choreography – Metta Theatre – when they brought In the Willows to Exeter. I was able to take that experience and share those skills when I was devising the movement for The Family Tree and Tomorrow.

I’ve learned what it’s like to be in a professional theatre, the etiquette and backstage manner that’s required. Because I want to go into this career, it’s good to see what’s it’s like, to have a taster. I’ve developed a lot of skills and that definitely helped with my CV and personal statement for University applications too. I’ve gained a lot of different experiences through the Northcott. I love performing and directing but now I know I love devising – seeing my vision on stage  –  and that’s what I want to do now.

Support Our Work with Young People