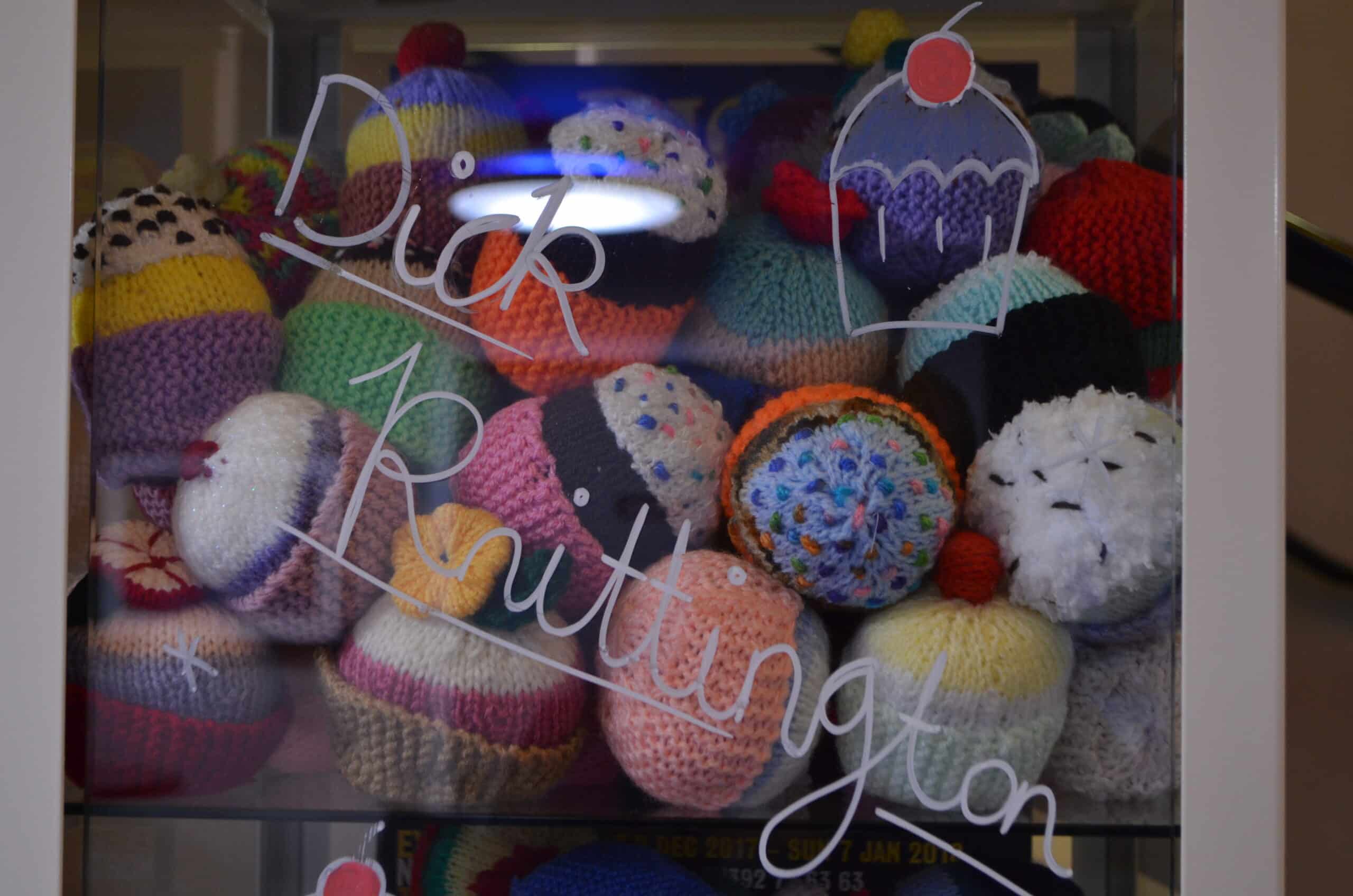 Back in July, we appealed for volunteers to knit 1,000 cupcakes to be used in performances of our pantomime Dick Whittington.

The show, co-written by leading panto director Tony Lidington with Steve Bennett, who plays Dame Sarah Suet, marks a return to panto for the first time in eight years at the Northcott.

Knitters across Devon answered the call and surpassed expectations by downloading the pattern and producing an amazing 1,456 of the woolly fancies.

Individuals and knitting groups took to the task with enthusiasm, including one lady in Seaton who created an amazing 200 all by herself.

As a thank you to all the knitters, the theatre has teamed up with housing provider Devon and Cornwall Housing (DCH) and Home-Start Exeter and East Devon to offer 500 free pantomime tickets to families who can’t afford to come to the theatre this Christmas.

How the cupcakes will actually be used in the show has been kept a closely guarded secret ahead of opening night on December 5.

But regular fans of panto will not have to exercise their grey matter too hard to imagine a suitable purpose for the lightweight items.

What happens to the cute, multi-coloured haul after the show is yet to be decided but the theatre hopes to give them to a good home and is calling for suggestions.

Lisa Hudson, education and outreach officer, said she was overwhelmed by the response and asked for ideas on who might like to have the cupcakes.

She said: “When we came up with the idea we honestly never expected to get such a phenomenal response but they have just kept on rolling in week after week.

“There are sat on desks, strung up as bunting, packed into glass display cases and containers – it has been incredible.

“I would like to thank Wool on the Exe for putting out the word and the many people who gave up their time to help us.

“The only thing left to decide now is what we should do with them in January so if anyone wants to take possession of 1,500 slightly worn but perfectly lovely cupcakes just drop us a line, or give us an email.”

The Northcott earned a reputation as the home of panto, starting more than twenty years ago but last produced a pantomime in 2009, the much acclaimed Mother Goose.

Dick Whittington, the first Northcott panto since 2009, promises plenty of audience participation, live music, magic, mayhem and lots of laughter as Dick reaches the big city and travels the high seas in search of his fortune ahead of a showdown with the evil villain King Rat.

Steve Bennett returns as the Dame, a role he played previously at the Northcott for 14 years and is delighted to be treading the familiar boards again, the 20th professional pantomime of his career.

The audience favourite was the resident dame between 1996 and 2010, appearing in three Cinderellas, two Aladdins, two Dick Whittingtons, two Mother Gooses, two Jack and the Beanstalks, two Sleeping Beauties and one Babes in the Wood.

He said: “I’ve done panto elsewhere but nothing compares to the Northcott. I really feel like I’m comng home.”

Set and costume design is by Kelly Jago with musical direction by Paul McClure.