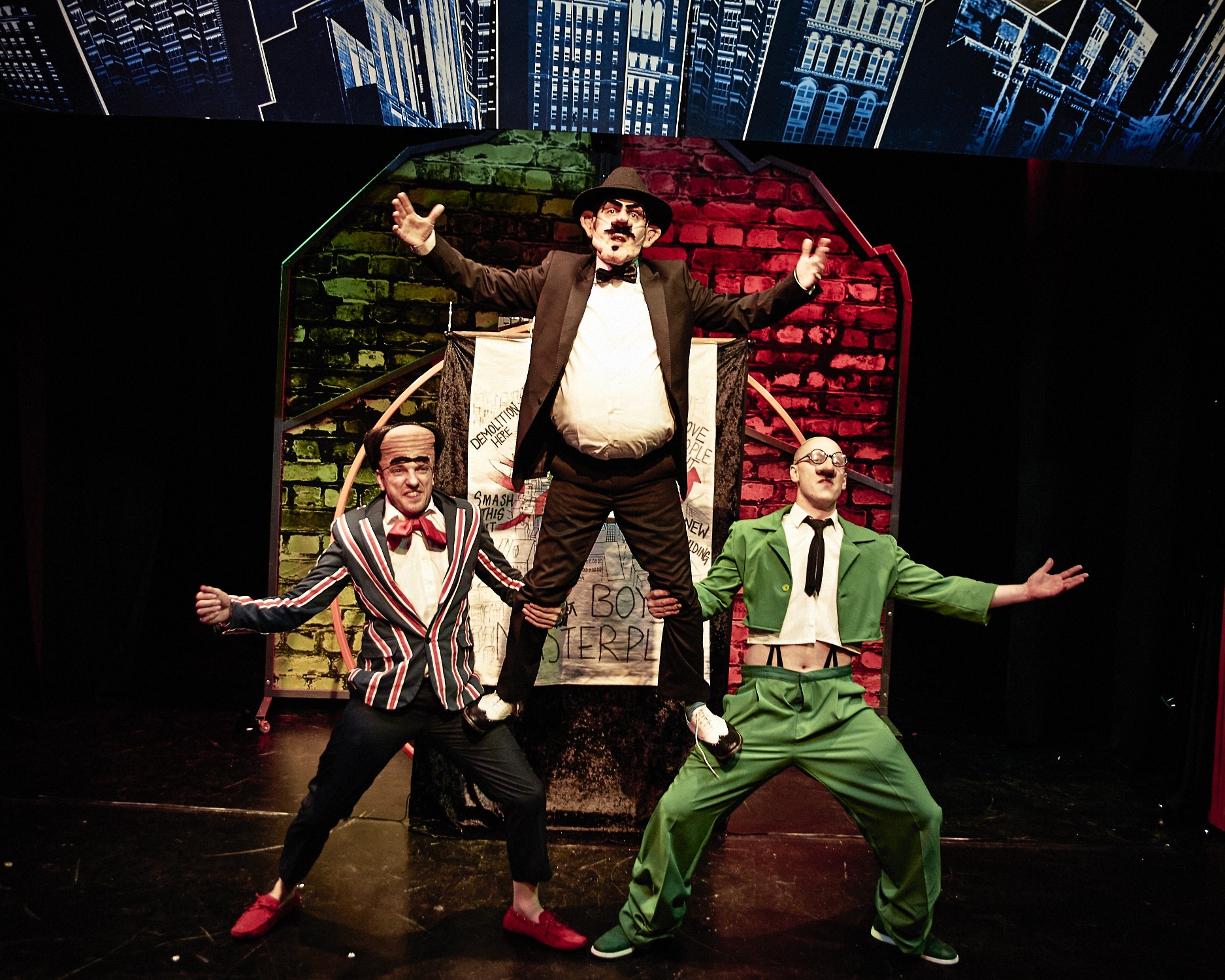 Newsflash! There’s been a series of high-profile crimes right across the city – but fear not… The police chief’s put his best man on the job. It’s now down to the square jawed, hard-hitting, fast-shooting comic book detective to solve the crime the only way he knows how… the crime solving way… Will Tracy be able to save the day, get the girl and get to the bottom of who’s causing the mayhem? Or perhaps the truth is closer than he thinks…

Having wowed audiences around the globe since 2007 with their inimitable, tightly-honed style of comedy performance, the award-winning Le Navet Bete team up once again with one of the UK’s most exciting comedy directors John Nicholson (Peepolykus) and supported by Arts Council England in a co-production with the Exeter Phoenix, Dick Tracy promises to have the bad guys in handcuffs and the audience in stitches.