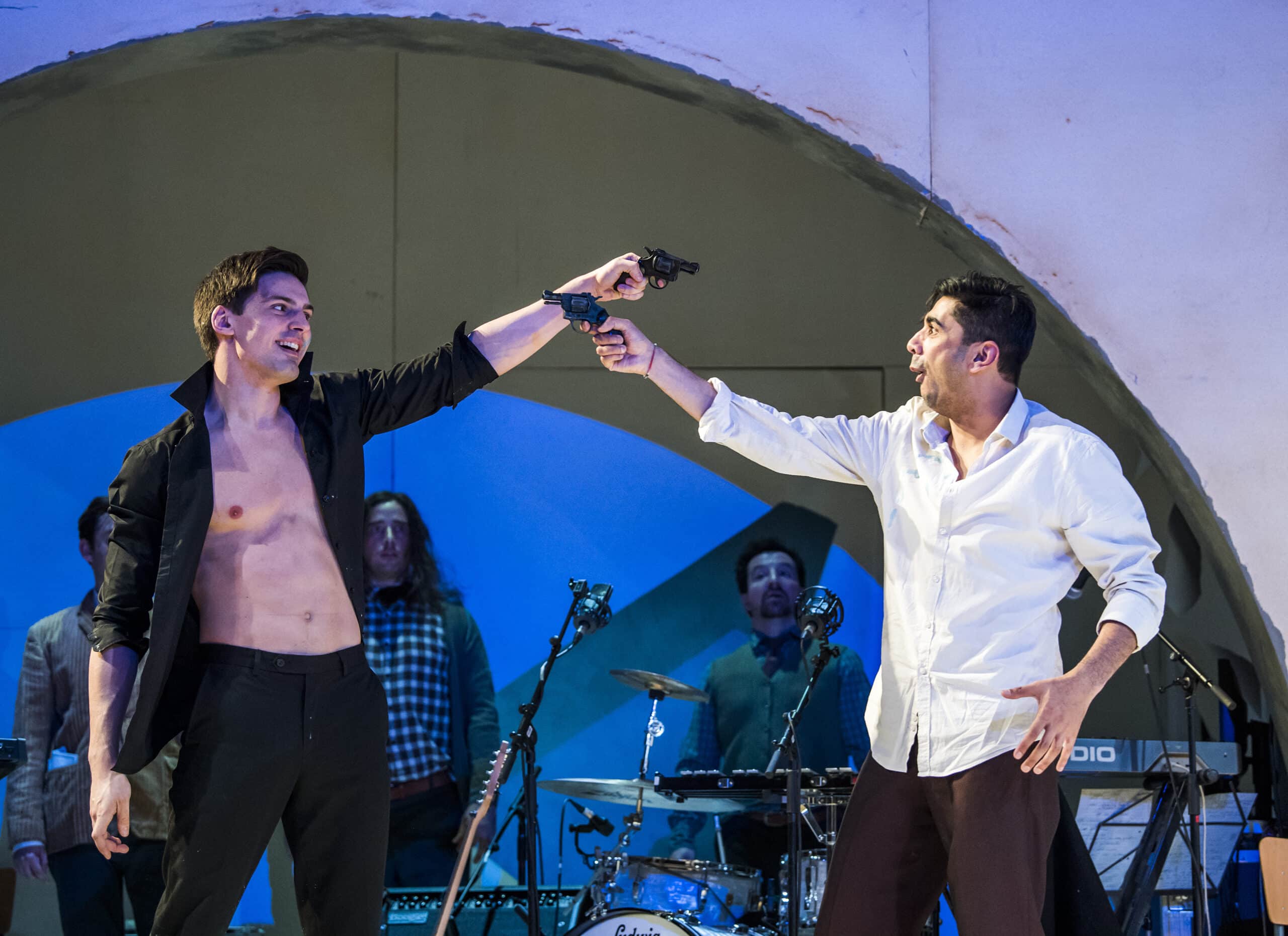 Do you love entertaining stage shows but can’t stand cod-pieces and incomprehensible soliloquies by men in tights?

If so, I have the perfect show for even the most hardened Shakespeare hater: a joyfully irreverent and astonishing version of A Midsummer Night’s Dream.

Outside of the box office hits of Macbeth, Othello and Hamlet I tend to avoid the bard’s work – if not like the plague, then certainly like an unwelcome dose of the flu.

I don’t dispute the towering glory of his drama or the long-lasting effect his words have had on our language.

But to be honest, I just find many of the plays hard to follow and a bit dull – the language is tough and I can usually find better things to do with my time than sit through them.

But after watching opening night of the latest version of Dream in London, I can almost guarantee that anyone who gives it a go when it comes to Exeter next month will not be disappointed.

Apart from maybe a handful of hard-core traditionalists mumbling that the sacred temple of English literature has been desecrated.

I only wish I could tell you half the reasons why you must see this hilarious play, by the unique Filter theatre company.

But I am no spoilsport – revealing in any detail the ideas and gags which make it such an enjoyable romp would lessen the impact.

I can say that it starts with ten-minutes of brilliantly dead-pan stand-up comedy by George Fouracres, who plays Peter Quince.

The routine, delivered in a Black Country accent, presents an endearing idiots’ guide to the mixed up love story and sets the tone for the rest of the evening.

He apologies for the play we are about to see – or plays as those familiar with the text will know – and assures us that we will definitely have a good time: maybe not tonight but probably, at some time in the not too distant future.

From then on – as the loopy tale of lovers falling for the wrong person unravels – we are hooked.

This, according to the director Sean Holmes, is a performance true to the spirit of Shakespeare’s time, not the letter of his scripts: an energetic, unashamedly modern and unruly show where the actors do the very opposite of ignoring the audience.

This is a noisy, raucous affair with laugh-out loud moments, crazy stunts, slapstick, bursts of heavy metal and Barry White love songs from the band on stage.

Large parts of the set are demolished; there is plenty of surprising trap-door action. Stuffy purists are well advised to give it a miss.

Anyone who saw Filter’s earlier madcap production of Twelfth Night, where the cast ordered pizza for the audience, will have some idea of what this group can do.

But this show is even wilder, pushing the envelope with even more invention.

You often forget you are in a Shakespeare play, though the cast are true to the text, save for a few choice edits.

It is billed as a brilliant show for people who think they hate Shakespeare. Like Ronseal, it does what it says on the tin.