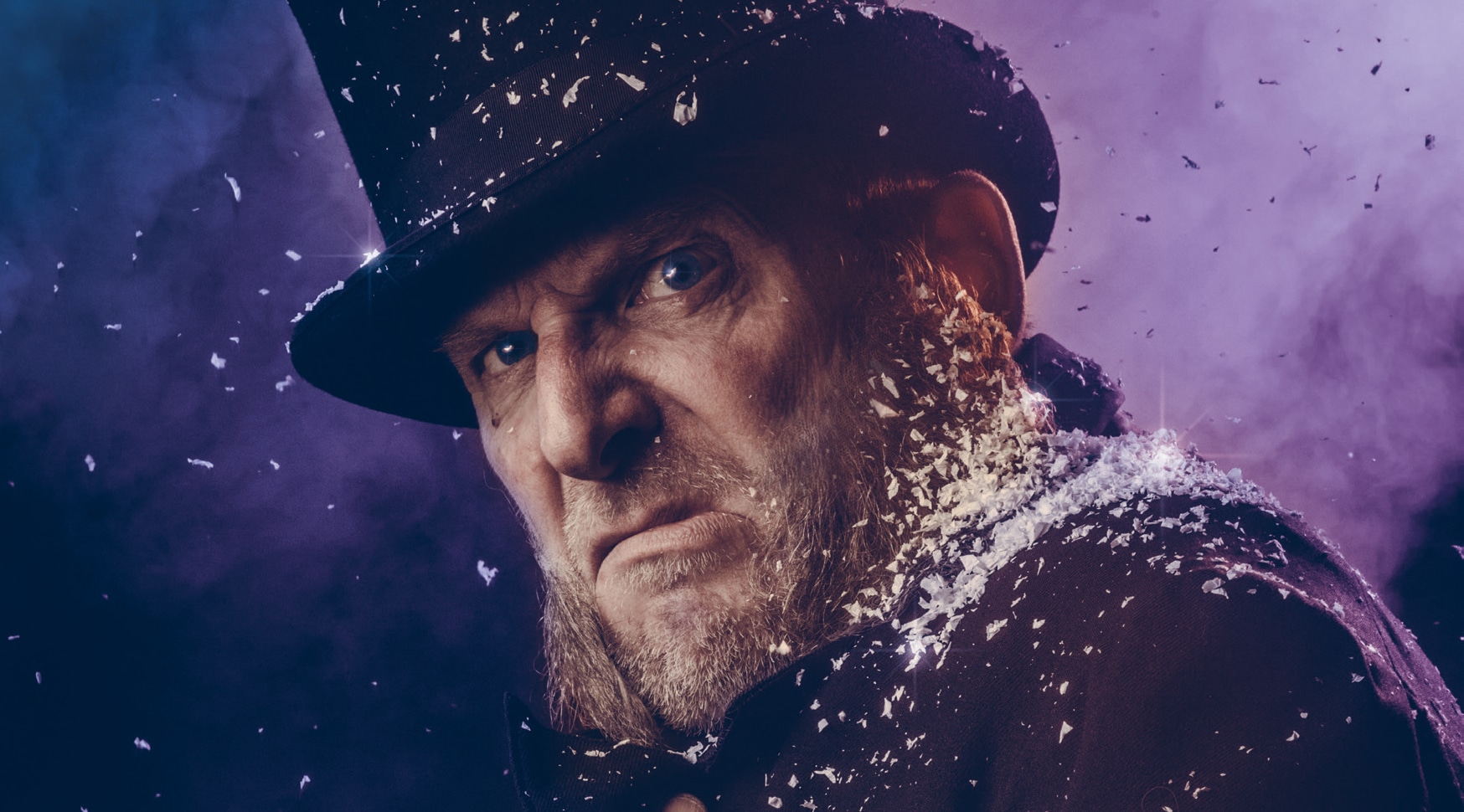 English Touring Opera with a season of French operas about doomed love and obsession.

English Touring Theatre with a new take on The Odyssey

For Christmas, Exeter Northcott Theatre marks its return to producing with Charles Dickens’ A Christmas Carol.

Exeter Northcott Theatre is pleased to announce its autumn/winter 2015 season.

Packed with the usual great drama, dance, opera, family theatre and comedy, the new season is now on sale.

The theatre is also delighted to be hosting no less than three shows direct from the West End. Hetty Feather is a terrific adventure story set in 1876 London, with live music, circus skills and a huge heart. Jeeves and Wooster is a hilarious production that layers joy on joy, joke on joke, in a delightful evening of theatrical absurdity featuring P.G. Wodehouse’s iconic double act. From the acclaimed producers of George’s Marvellous Medicine, Gangsta Granny is the funny and amazing story by David Walliams, following the crazy adventures of Ben and his very own Gangsta Granny.

English Touring Theatre return to Exeter with their brand-new production of The Odyssey: Missing Presumed Dead. Joining forces with award-winning poet and author Simon Armitage and Liverpool Everyman and Playhouse, The Odyssey promises to be a compelling piece of theatre.

Also launched this season is Exeter Northcott @ which will see the theatre bringing more excellent and diverse work to Exeter than ever before by programming work at its partner venues in the city and on the University of Exeter campus. This autumn the theatre will extend the programme in the Great Hall (Jasper Carrott & Alistair McGowan) and co-present the excellent Cscape Dance’s new show Taste at Exeter Phoenix.

Other highlights of the autumn/winter season include:

Comedy:
The theatre plays host to some brilliant comedy in 2015. From Adam Long, founding member of The Reduced Shakespeare Company and co-creator of The Complete Works of William Shakespeare (abridged) comes Dickens Abridged – a high-speed comic journey through Dickens’ Greatest Hits (Tues 5 October). Jongleurs, the world-famous comedy club, is coming to Exeter Northcott Theatre for two nights this autumn with a superb line-up from the best of the British stand-up circuit. (Sat 10 October & Sat 7 November)

Theatre:
The Tin Ring with Zdenka Fantlova is a unique account of how a seventeen-year-old girl survived the horrors of the Nazi concentration camps. An incredible story of human endurance and will power. (Thu 10 September).

Based on Terence Rattigan’s experiences as a tail gunner during World War II, Flare Path combines highly charged drama with a truly authentic taste of the fear, camaraderie and passion experienced by the men and women who fought to save their country their families and each other. With heart tugging, human emotion,Flare Path opens an unforgettable window into a pivotal moment in our history. (Tues 22 – Sat 26 September).

Following national tours and a sell-out run at the Edinburgh Festival, Scary Little Girls turns the Dracula myth on its head in this audacious new production.  Packed with a wealth of vividly drawn characters, Dracula: The Kisses…features an all-female cast in this ground-breaking adaptation of the Gothic classic. (Tues 6 October).

The UK’s leading constitutional historian, David Starkey, known for his forthright views, talks about the 13th century agreement that, imperfect though it was, and radically modified in its first ten years, limited for the first time the power of the monarch by stating the basic rights, privileges, and liberties of leading citizens and clergy. (Wed 7 October)

Agatha Christie’s A Murder Is Announced: The residents of Chipping Cleghorn are astonished to read an advert in the local newspaper that a murder will take place this coming Friday at Little Paddocks, the home of Letitia Blacklock. Unable to resist, the group gather at the house at the appointed time, when the lights go out and a gun is fired. Enter Miss Marple, who must unravel a complex series of relationships and events to solve the mystery of the killer… (Mon 19 – Sat 24 October).

Celebrating 70 years in show business this year, Sir Roger Moore, Hollywood legend and James Bond star chats with biographer Gareth Owen about his extraordinary life and career. Featuring inside stories and exclusive anecdotes from an astonishing career that has included the hit TV series The Saint and The Persuaders, plus Hollywood blockbusters and, of course, seven iconic movies as the world’s most famous spy, 007. (Fri 6 November).

Following the success of our inaugural Charity Command Performance in 2014, the Exeter Northcott Theatre is delighted to be welcoming a new selection of stars for 2015. The theatre has been a charity since 2013 and this special evening will raise funds to support us as it approaches its 50th Anniversary in 2017. (Sun 15 November)

Get closer to the action than ever before with The Hollywood Special Effects Show as this interactive and explosive family show takes you behind the scenes of your favourite films to discover the science and secrets of creating movie magic. Join a team of professionals who’ve been behind the effects on productions includingThe Dark Knight Rises, Guardians OfThe Galaxy, Phantom Of The Opera and Game Of Thrones for a revealing insight into the world of special effects. (Sat 17 October).

Set in the immediate aftermath of WWII, The Silver Sword follows the Polish Balicki children’s search for their parents as Europe is divided up and displaced people return to their homelands. Join Ruth, Edek and Bronia in this gripping tale of hope against all the odds. (Tues 27 – Sat 31 October)

In November’s The Snow Dragon, Billy has everything a young goat could need – and more besides. On New Year’s Eve, Billy’s parents tell him about the legendary Snow Dragon, who will bring him even more goodies during the night. Story-telling, comedy and songs create a magical, mysterious world for everyone aged 3 and up, from the company that brought you The Gruffalo andRoom on the Broom. (Tues 3 * Wed 4 November)

Dance:
Tavaziva’s Africarmen is a sumptuous and evocative dance production loosely based on Georges Bizet’s popular opera, Carmen. Through a synthesis of ballet, contemporary and African dance, Bawren Tavaziva’s powerful choreography is performed by a cast of outstanding dancers. With a new score composed and arranged by Fayyaz Virji of the acclaimed Warriors International, Africarmen is Bawren Tavaziva’s most ambitious work to date. (Mon 12 October)

Chance to Dance, now in its seventh year at Exeter Northcott Theatre, has invited dancing schools and after school dance clubs from all over the South West to take part in this performance, and are delighted to be welcoming some new schools to the Northcott stage this year.

Chance to Dance stemmed from a passion to provide opportunities for local dancers to perform in a professional theatre. Their performances are non-competitive and show many styles of dance taught in and around Exeter and the wider areas of Devon, Somerset and Dorset. (Sun 1 November)

This year marks the 20th year of the collaboration between choreographer Russell Maliphant and lighting designer Michael Hulls. Together, they have developed a unique and unparalleled language between light and movement that is revered the world over. For this special occasion, Russell Maliphant Company present both new and classic work, including the iconic Broken Fall with music by Barry Adamson – originally performed by Sylvie Guillem and the BalletBoyz. It will be presented in this programme by Maliphant’s own company of exceptional dancers who will also perform new creations including a quintet and a solo for former Royal Ballet dancer Dana Fouras. With a commissioned score by Mukul and costumes by Stevie Stewart. (Fri 13 November)

Based on the great classic novel by Goethe that took Europe by storm, Werther (Massenet) is an entirely domestic story of an apparently idyllic middle class family, torn apart by uncontrollable passion. Rarely in opera is the destructive power of love felt so close to the bone – and rarely, too, has the innocence and sweetness of a young family at Christmas been so touchingly depicted. (Wed 18 November)

From the master of French operetta, Offenbach, who virtually reinvented comic opera in France, this work of genius, studded with famous melodies like the Barcarolle, is as dark a comedy as you can get. The Tales of Hoffman has had many lives – and this new production by James Bonas promises to be inventive, and highly theatrical, matching the virtuoso talents of young tenor Sam Furness in the title role, Ilona Domnich (Mimì in ETO’s La bohème) as his three heroines, and Louise Mott (from ETO’s Ariodante) as his friend and inspiration. (Thu 19 & Sat 21 November).

There is no other opera like Pelléas et Mélisande.  For years Debussy searched for the perfect drama to set, and once he saw the strange, compelling play by Maurice Maeterlinck he had no doubt that this was it. The resulting marriage of music and drama is sensuous, mysterious, utterly captivating. For no other opera is the sensation of being ‘under a spell’ so applicable. (Fri 20 November).

Join The Magic of the Beatles in the authoritative live concert show, celebrating the 50th anniversary of Help!Taking you from the Beatles’ Mop Top roots to the psychedelia of Sgt Pepper and beyond. From Love Me Do to Let It Be. Fantastic costumes, brilliant vocals and incredible musicianship Come Together in a lavish Magical Musical trip back to Yesterday. (Sat 14 November)

For further press information and to request interviews, review tickets and images, please contact Jenny Hogg on 01392 223 989 or send email to j.l.hogg@exeter.ac.uk