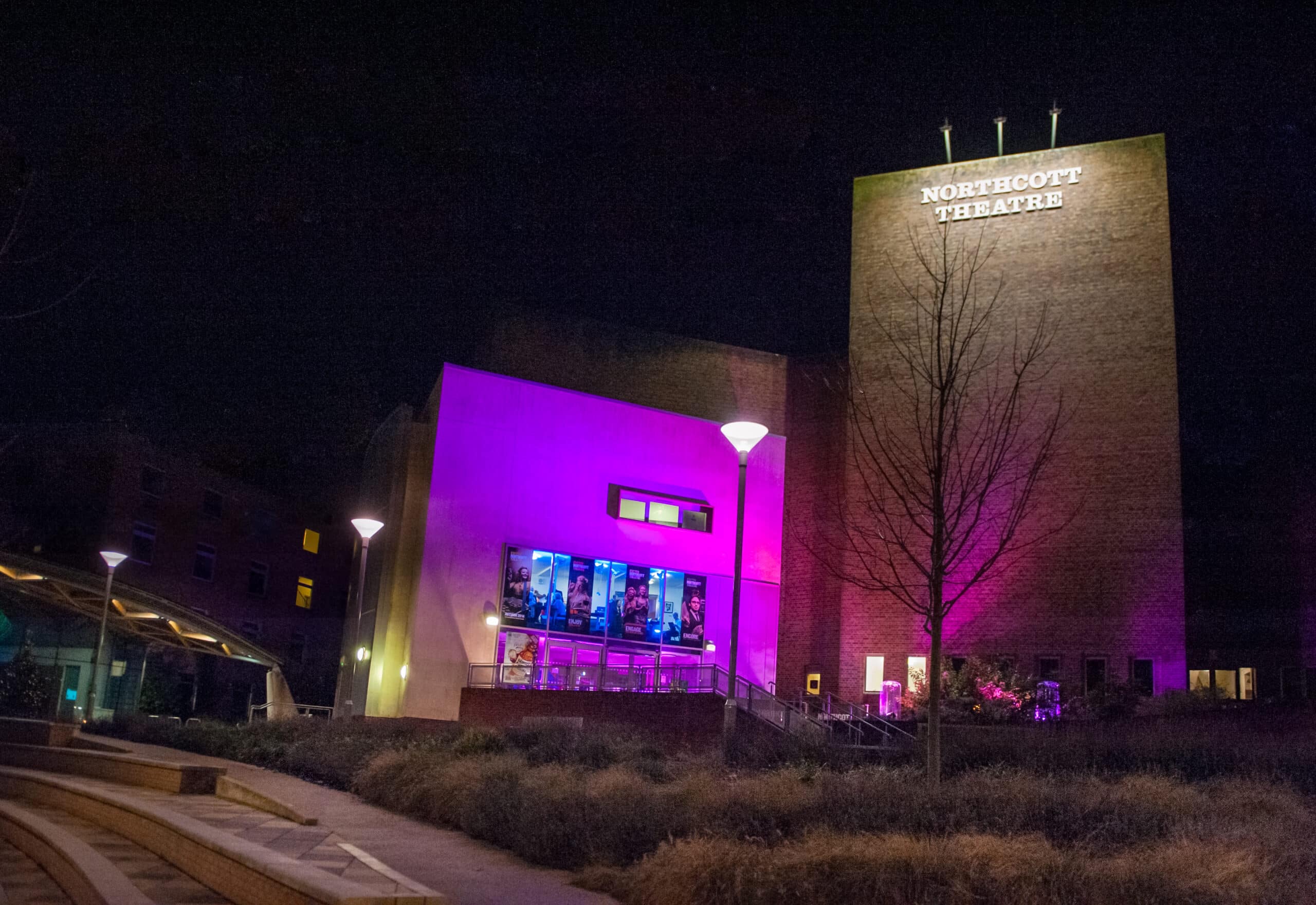 Exeter Northcott Theatre is delighted to announce its exciting autumn 2017 season. The season will see the theatre celebrate its 50th anniversary, co-produce another UK national tour, and see pantomime return at Christmas.

Paul Jepson, artistic and executive director at Exeter Northcott comments on the season “This autumn the Northcott turns fifty and I’m very proud to present this exciting season. There’s much to celebrate in our birthday year. We have an education department that is admired. We produce our own work. We have an Associates Programme that is supporting ambitious, talented young companies onto the midscale. We are launching number one tours and collaborating with the University of Exeter to commission inter disciplinary performance inspired by University of Exeter academic research. The theatre is buzzing and looking forward to celebrating being fifty years young.”

Exeter Northcott Theatre’s 50th anniversary celebrations will begin with an evening of world class performances and artists in November to celebrate the theatre’s first 50 years and will raise funds to help strengthen the foundations for the next 50.

Gecko is an internationally acclaimed physical theatre company combining movement, imagery and provocative narratives to create emotionally charged and spectacular performances inspired by the complexity of human nature. With The Wedding, Gecko makes its debut at Exeter Northcott Theatre with an extraordinary ensemble who guide us through the struggle between love and anger, creation and destruction, community and isolation.

Pantomime comes home to the Northcott with a spectacular new staging of Dick Whittington, starring Exeter’s most popular Dame, Steve Bennett and directed by one of the country’s leading pantomime directors, Tony Lidington.

In September, Exeter Northcott Theatre’s Young Company re-launches with their re-imagining of Samuel Taylor Coleridge’s Rime of the Ancient Mariner. The company will spend a week-long residency exploring the themes of Coleridge’s classic work culminating in two final performances.

September:
Join The Little Mix Experience for a jam-packed concert of one of the X Factor’s finest exports. Star of The Voice, Michelle John pays homage to many of the artists she has performed with, while regaling fabulous tales of what really goes on backstage. Join Mouse on a daring adventure through the deep, dark wood in Tall Stories’ magical, musical adaptation of The Gruffalo. The inventive Wardrobe Ensemble make its debut at Exeter Northcott with Education, Education, Education. With slick choreography, charisma, amazing live vocal and a great band, Frankie’s Boys put their own stamp on the hits of Frankie Valli.

October:
Tavaziva return to the Northcott with its dynamic, bold and breath-taking new work, Izindava. Original Theatre will revive the classic, edge of your seat thriller, Wait Until Dark. Featuring flying bodies, last minute catches and an energy you can feel as well as see, Last Man Standing from James Wilton Dance is international, award-winning work. Direct from the West End, join the mysterious and fabulously wealthy Phineas Fogg in Around the World in 80 Days. English Touring Theatre and Mercury Theatre Colchester present The Weir, a chilling modern classic that won the 1997 Olivier Award for Best Play. Lovingly ripped off form the hugely successful Monty Python and the Holy Grail, Spamalot is a riotous comedy full of misfit knights, killer rabbits, dancing nuns as ferocious Frenchmen. The Night Pirates is a gorgeous family show that tells the tale of a group of little girl pirates who descend on a young boy called Tom at bedtime

Restaurant Events:
Exeter Northcott and Moonstone Theatre Company present Dolly and Black Day at Blackawton Manor, two delicious evenings of Murder Mystery in October and on New Year’s Eve. Both events include a meal in The View Restaurant. Join us in the Exeter Northcott bar for FunHouse Comedy Club in October and November, with the best stand-ups in the business. The globetrotting and truly legendary Faulty Towers Dining Experience returns to the Northcott by popular demand in December.