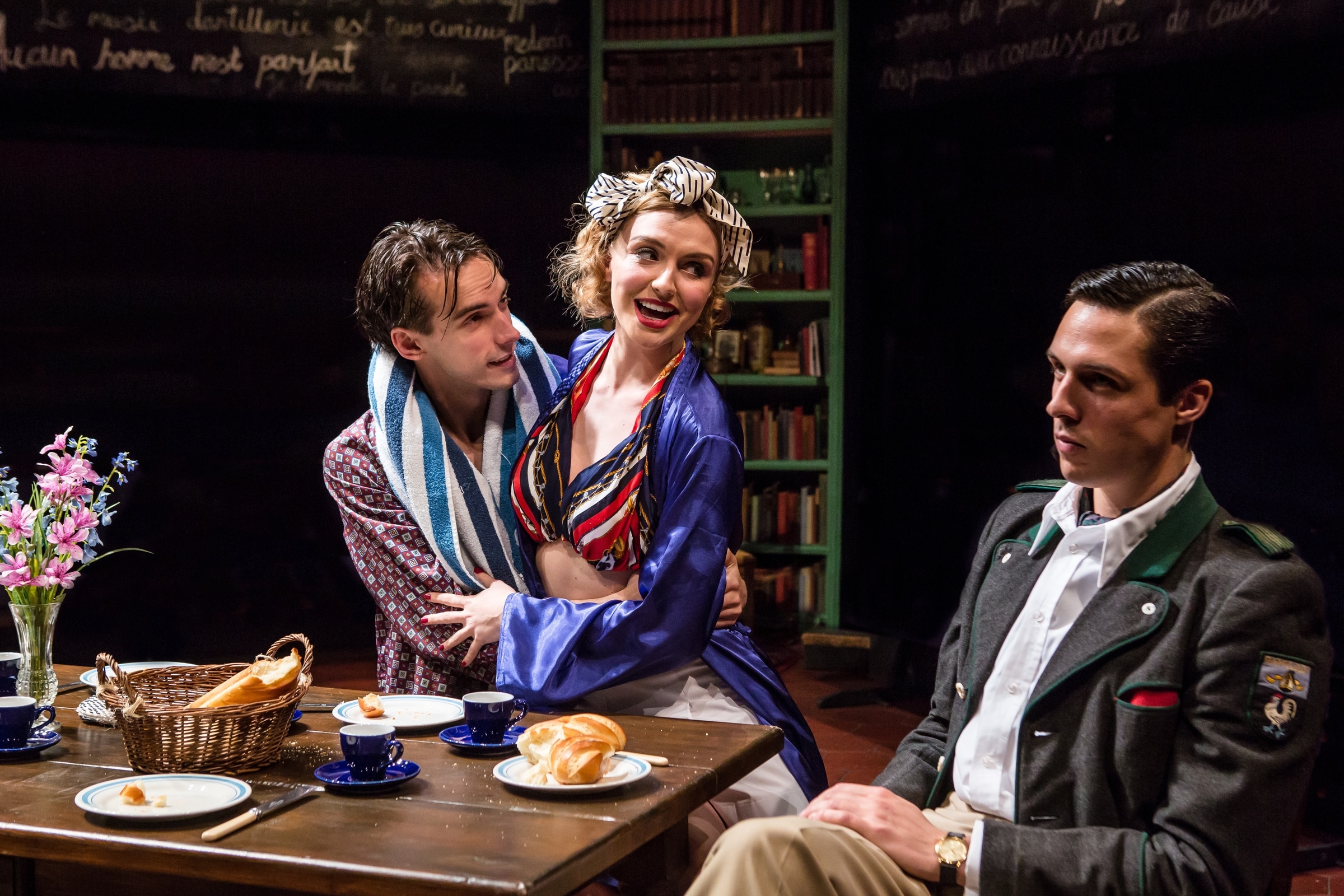 After a group of young men arrive at Monsieur Maingot’s French school for the summer to cram for the Diplomatic exam, their concentration is disrupted by beautiful visitor Diana Lake. Quelle surprise, they must learn another new language: girls.

At first, it seems pretty simple. Kit loves Diana and she loves him. And Bill. Oh, and darling Alan, of course. Then there’s Jack: she’s in love too. Meanwhile, Babe conceals his feelings… Not so simple after all.

For further information and to request interviews, review tickets and images, please contact Jenny Hogg on 01392 722 408 or email her.

Terence Rattigan (1911 – 1977) was a dramatist. French Without Tears, his sparkling 1936 comedy was his first smash-hit success. Other major works include The Deep Blue Sea, TheBrowning Version, Separate Tables and The Winslow Boy. He was knighted in 1971 for services to theatre.

English Touring Theatre is one of the UK’s most successful and exciting production companies, widely regarded as England’s national theatre of touring. Led by Director Rachel  Tackley, the company works with leading artists to stage an eclectic mix of new and classic  work for audiences throughout the UK and overseas; theatre that is thrilling, popular and, above all, entertaining. Brideshead Revisited, adapted by Tony Award nominee Bryony Lavery and directed by Damian Cruden, is on tour until July and will run in London at Richmond Theatre from 29 June to 2 July.